This GIF is another experiment with turning tangible objects and things that I have made into animations. The moving image in this piece is a cement cast that I modeled out of clay and plaster carvings. A rubber mold was made from the finished piece and a series of casts were produced. All in all, the whole process took about 8 hours from start to finish, plus each cast takes about thirty minutes to generate. I enjoy this process. It takes time and attention to bring my mental image to life. I am aware of the contrast that this process gives me both mentally and physically. Some of these pieces have been shown indoors traditionally, and some have been left on the streets to provoke public art awareness. There is a bigger explanation to this series of works as a separate sequence that I will come back to later. Below, is an image of one of the first casts isolated by itself. Han Solo frozen in carbonite? No exactly, but on an unconscious level there could be some connection to that as I continue to mind jog through the card catalog of childhood influences. 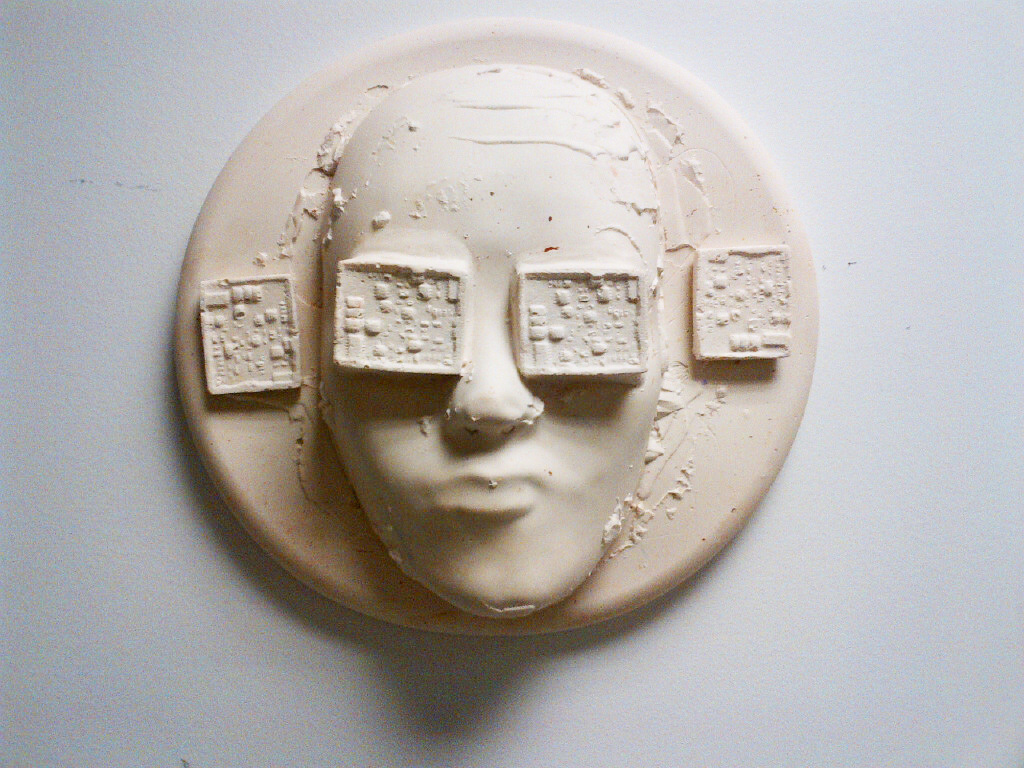 This photo below was taken in immediacy at Geneva airport with my ipod touch camera. The image was manipulated thirty seconds later in photoshop’s mobil app and uploaded to my instagram account. It took all of three minutes to make this image permanent on the internet. I enjoy this process as well, mostly the ability to express what I experience while being transient and impulsive. The same energy inside takes over my being. Here I feel, myself. I loved the image right away, the perspective and the camera angle was right on. The bright light at the end of the vanishing point could suggest several narrative outcomes. I knew the image could be used for some kind of “otherness” at a later date, and that date was today. 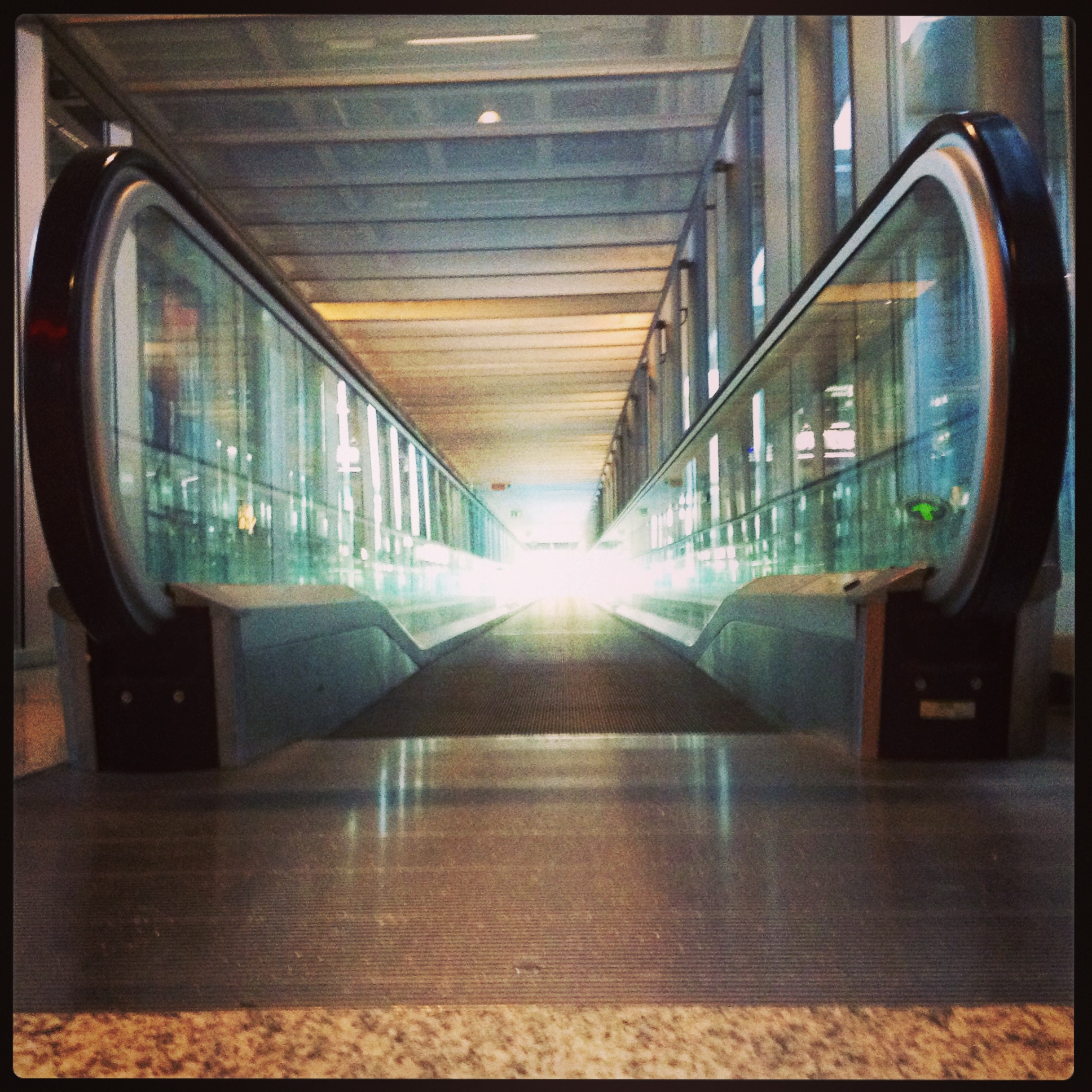 I am interested in the inter-connectedness of my experiences with my perception of “everything.” I believe in a universal oneness, and as one’s consciousness finds fragments of itself in everything and everyone, the ability to apply that awareness is craved. This can be facilitated in many ways but in this case my evolving practice. A trend begins as the new awareness of process finds myself seeking new ways to cross examine the various works that are being created over measured time. 2013 has proved for much more integration of drawing, painting, printmaking, video, sculpture and animation. If I create a sculpture or a series of them in the month of May I will want it to become more that just the sculpture it was intended to be by the time November arrives. Hence these two pieces. The individual works become the inspiration and muses for fragmented narratives waiting for activation. I don’t want to end the stories. I would rather trick myself into playing chose your own adventure.

This series was generated based on my mural at this year’s AD HOC Art Welling Court Mural Project in Astoria, NY. A wonderful, and huge festival in and of itself. After painting the piece in June of 2013, it continued to call to me, so this is variation #1 and #2. I am happy to use the word infancy for this new way to produce works. 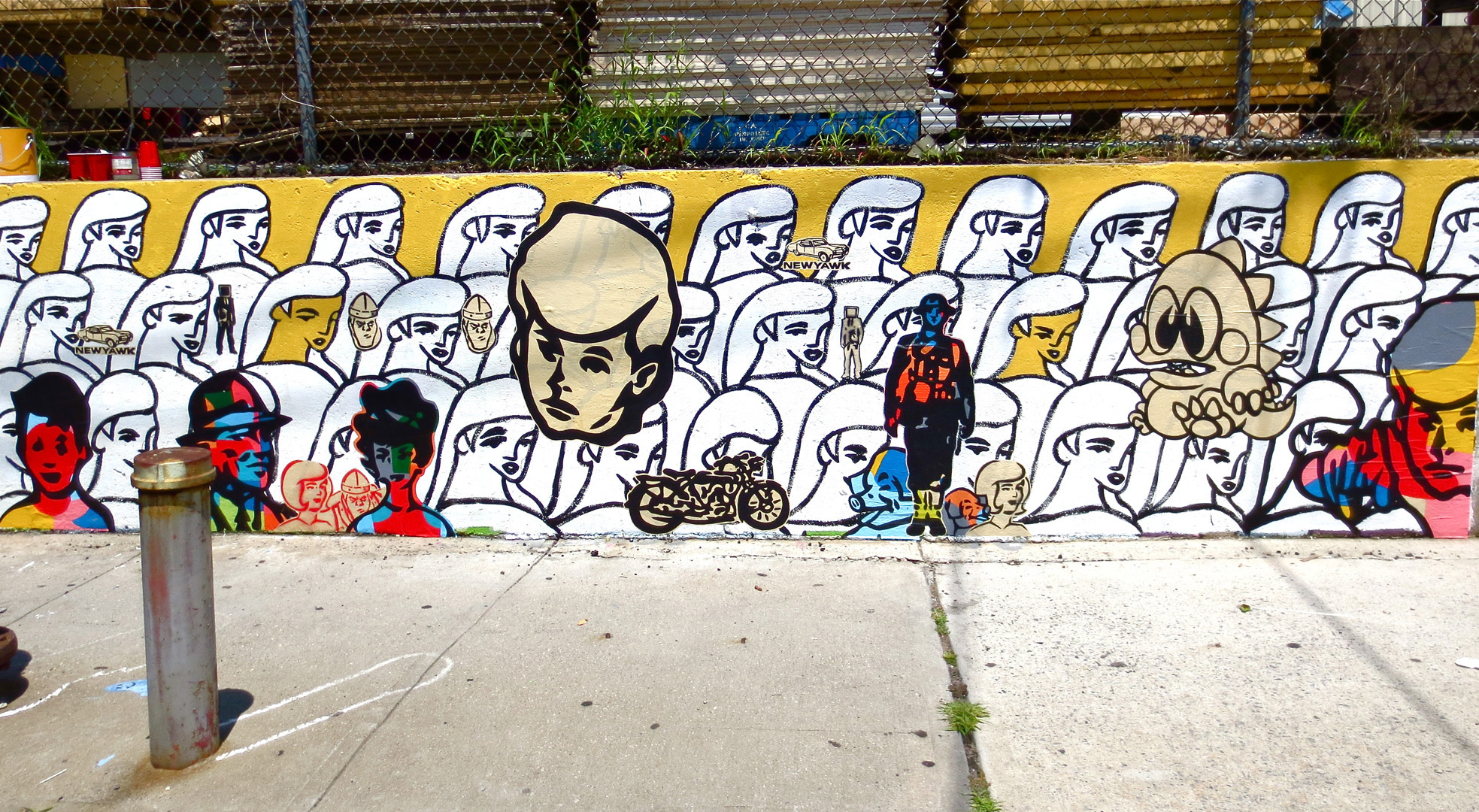 A detail shot from my mural at this year’s Welling Court Mural project.

As of now, these pieces are dependent on a web browser to generate the GIF animations. I am very much interested in developing new ways to show the  works in various formats. Stay tuned.

Last week I wrote an essay reflecting on my last year of focused GIF making, you can read that here – http://wp.me/p2SFO-1tr