The Transcendence of Graffiti, Works Evolving.

The Transcendance of Graffiti, Works Evolving. 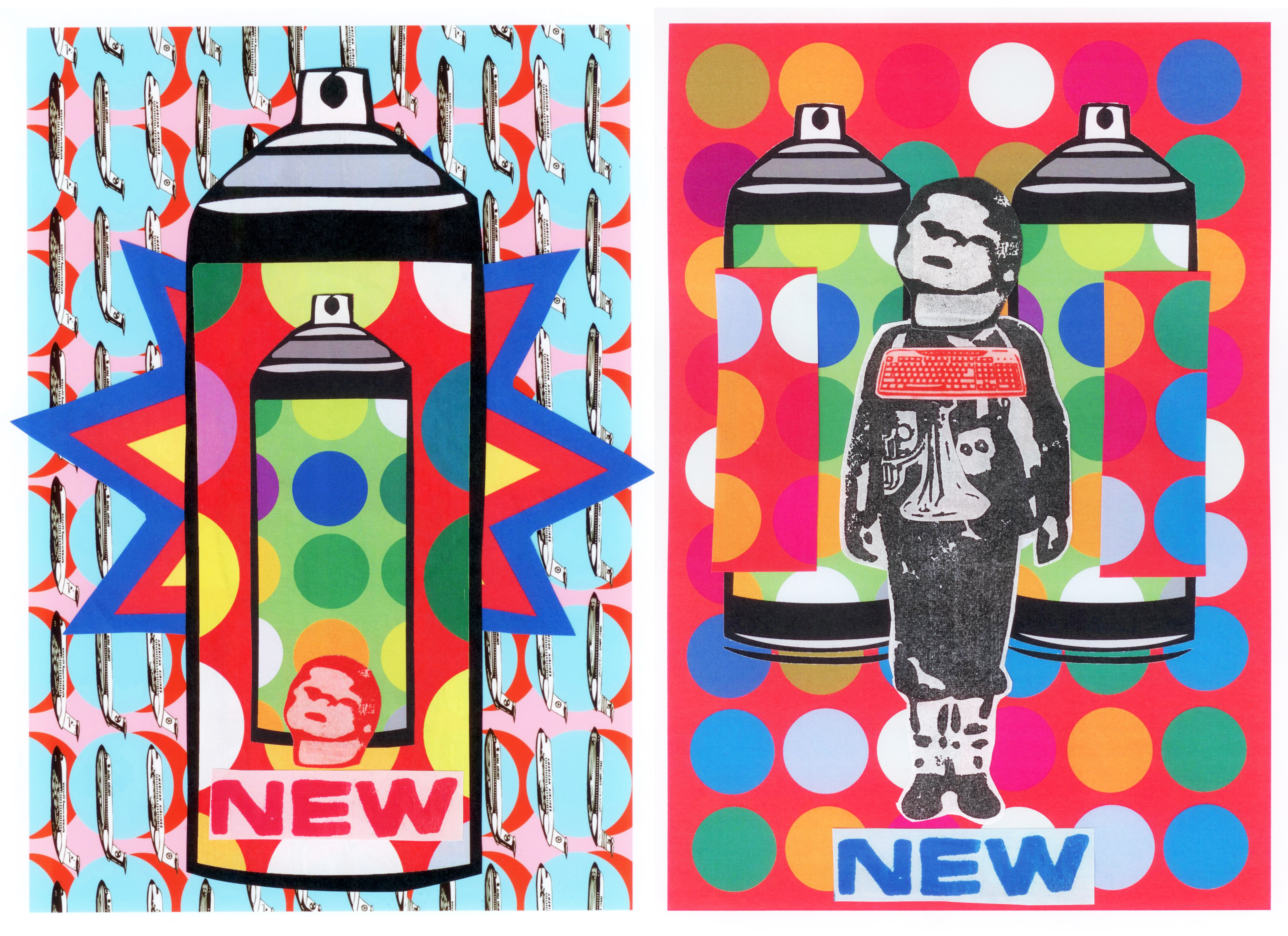 Over the last few months I have been working on a new series of collage based graffiti influenced works. The pieces above and below are the newest as of today. Although they have a flat digital feel here, they are actually images that have been multi-layered  and put through several different processes to achieve the over all outcome. These pieces, and others like them have brought to my attention several new things about my work. I was born and raised in New York, and I still live and work here. I became influenced by NYC subway graffiti as early as 1984. I was barely a teenager, but I knew at the time that I wanted to learn how to write graffiti. By 1986 graffiti, breakdancing, hip hop, and the b-boy movement had furiously spread through all five boroughs as well as Long Island. The fusion of these energies was indeed the perfect formula. The sub-culture and it’s burning new art movement was already getting attention on many levels. It was wide open, in its infancy, and its energy was contagious. In that same year I bought my own copy of Martha Cooper’s “Subway Art” book. I copied just about every piece in that book until I developed my own tag and hand style. My work has evolved and changed several times over the years, but graffiti always stayed as one of the main influences in my work. Today, I have noticed that it is no longer just the traditional letter forms, hand-styles, colors, and line quality that influences me,  it is my relationship to the medium, terminology, and subject as a whole. My whole comprehension of graffiti, what it was, is, and continues to become, has transcended itself right under my nose. I’m not interested in vandalizing anything, but I am interested in strategically placing these new works where people will notice them. My intention is to provoke the viewer into thinking about how graffiti keeps on evolving as a medium and as an art movement. Not all artists today, that once started as graffiti writers are aimlessly tagging things up, and or defacing public property. Not all graffiti writers have the same desires for where and how their works will be received. Like anything else, over time, the energy may shift and transplant itself elsewhere. I’m still very much feeling the impulse to work with my immediate surroundings, so I’ve been getting up on blank chalkboards for the last few years, drawings like this one below continue to fuel my desire to share my enthusiasm for graffiti. These pieces are primarily ephemeral, yet full of the same feelings that captured and inspired me as an 11-year-old kid in Brooklyn on a walk with his Grandmother. I took notice to the art that was happening on the streets and on the trains. It spoke to me. Everyone has their own series of “How I got into Graffiti stories.” I am interested in those stories and intend to continue generating platforms for that in the classroom, on the web and beyond. 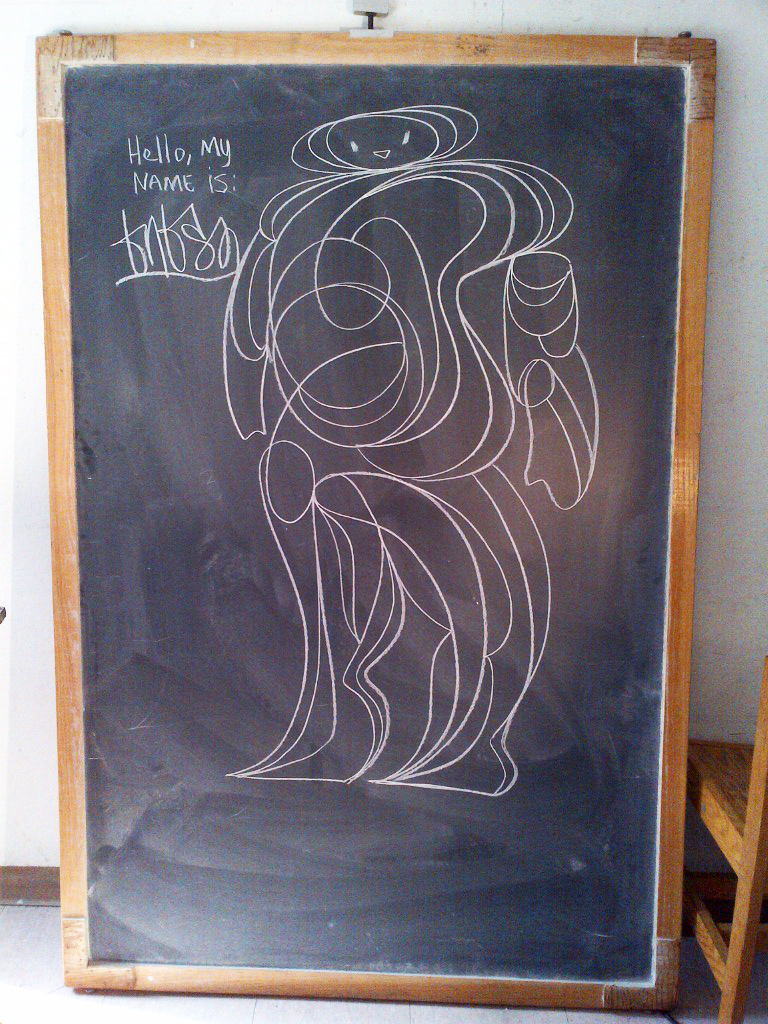 The best part about this new series is the overall sense of awareness that I have discovered. Not only my awareness as an artist, but I am also discovering many other artists, graffiti enthusiasts, and art historians that are talking and writing about the same kind of evolution based stories. The conversations and blog posts are about how things are shifting and transcending, how some are open to that, and how some are not. It validates the fact that something is happening, and the energy itself has a great need and desire to be shared. Just like the medium itself. I find myself in a series of reflection sessions, going back into my archives, old black books, and so forth. I love the nostalgia that sets in, and the next piece is underway. 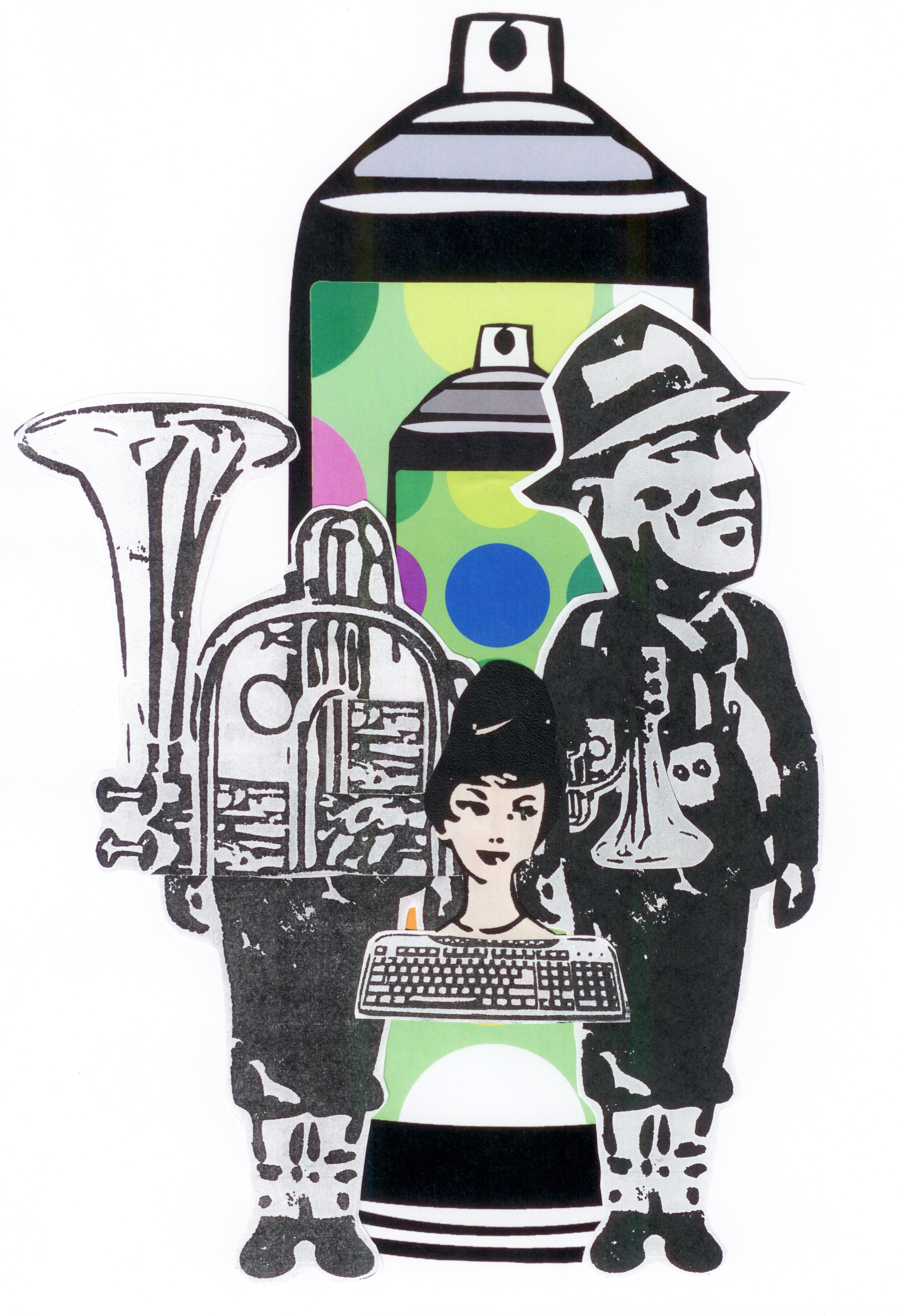 The pieces in this post are the result of a series of steps. In most cases, the images are hand drawn or painted in acrylics individually as separate fragments. Some of which are large in scale and later reduced. I then take digital photos of those images and burn them onto silk screens or create stencils using mylar or bristol board. These two methods allow for me to make multiples really fast. I print and paint on a variety of papers to create different effects. Regular drawing papers, newsprint papers, water-color paper, rice paper, and recycled construction papers all work well. The printed and painted images are then cut up and arranged in compositions, layered, glued down, and scanned. Sometimes the images will then be printed out,  layered onto again, photographed and printed out. I am experimenting with several video based techniques now as well using older analog television equipment to create 1980’s style television effects. All in contrast to what my perception of 2013 is. Lots more share.

On 12/12/12 I made a short addition to this post as the energy continues to provoke new works, this time it is a combination of sculpture, photography, and video. About 6 months ago I made a rubber mold of an old Krylon aerosol can with intentions of making a series of casts in various materials. The pieces are being made now, so this is indeed a sneak peek. The old cans remind me of the nostalgia I felt when purchasing and using them in the late 1980’s and early 1990’s. Obviously a lot has changed in the area of aerosol can technology over the years, but these old cans still represent a specific time period for the medium, and my own life. The new cast series of cans pay homage to that. Im experimenting with color by mixing it directly into the wet plaster.  The casts do not have any lines, labels, or names, they are purely about the form itself minimized and solid. Some of the casts have caps, and some of them do not. 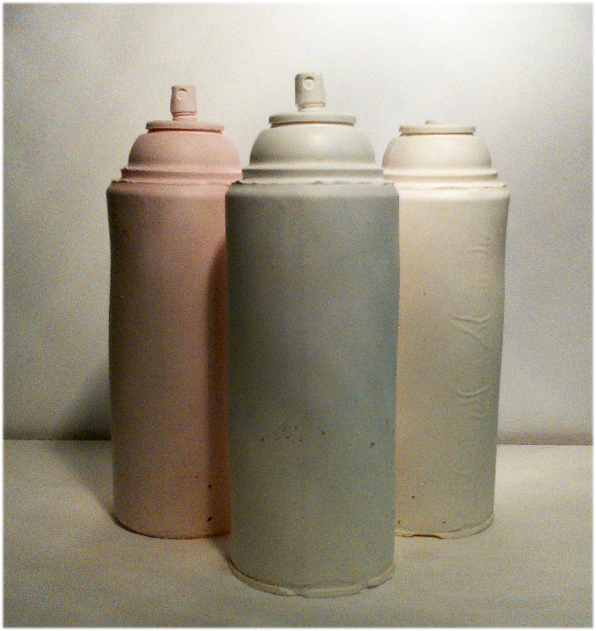 This arrangement was for the sake of documenting the works, but the photo led to the manipulating and making of this short video below. 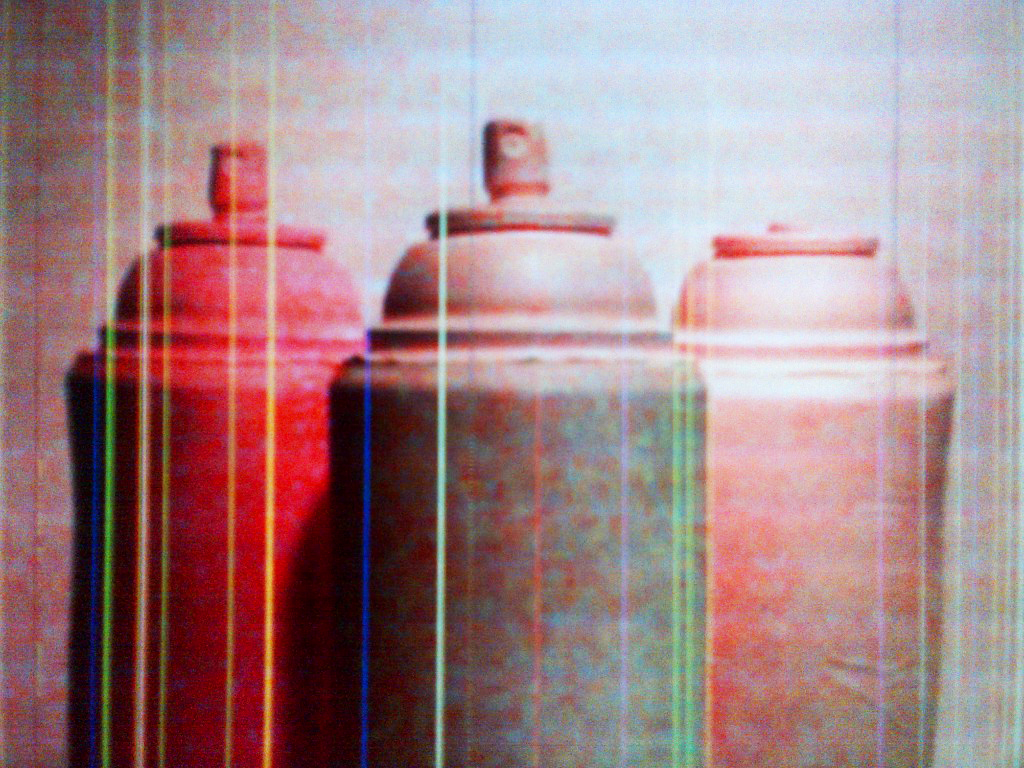 The further ink jet manipulation after a bit of scraping. 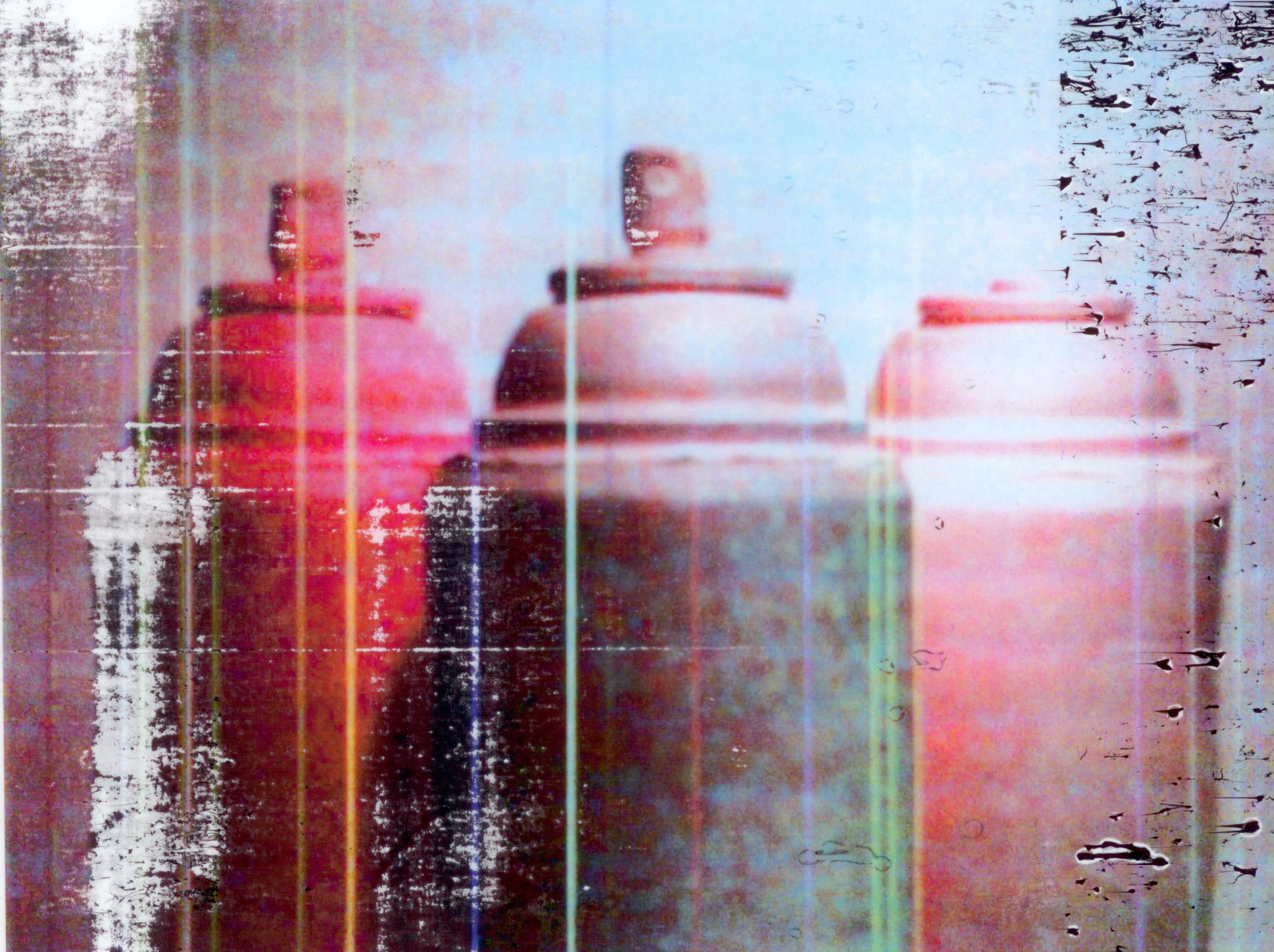 Further pushing the collage based work. 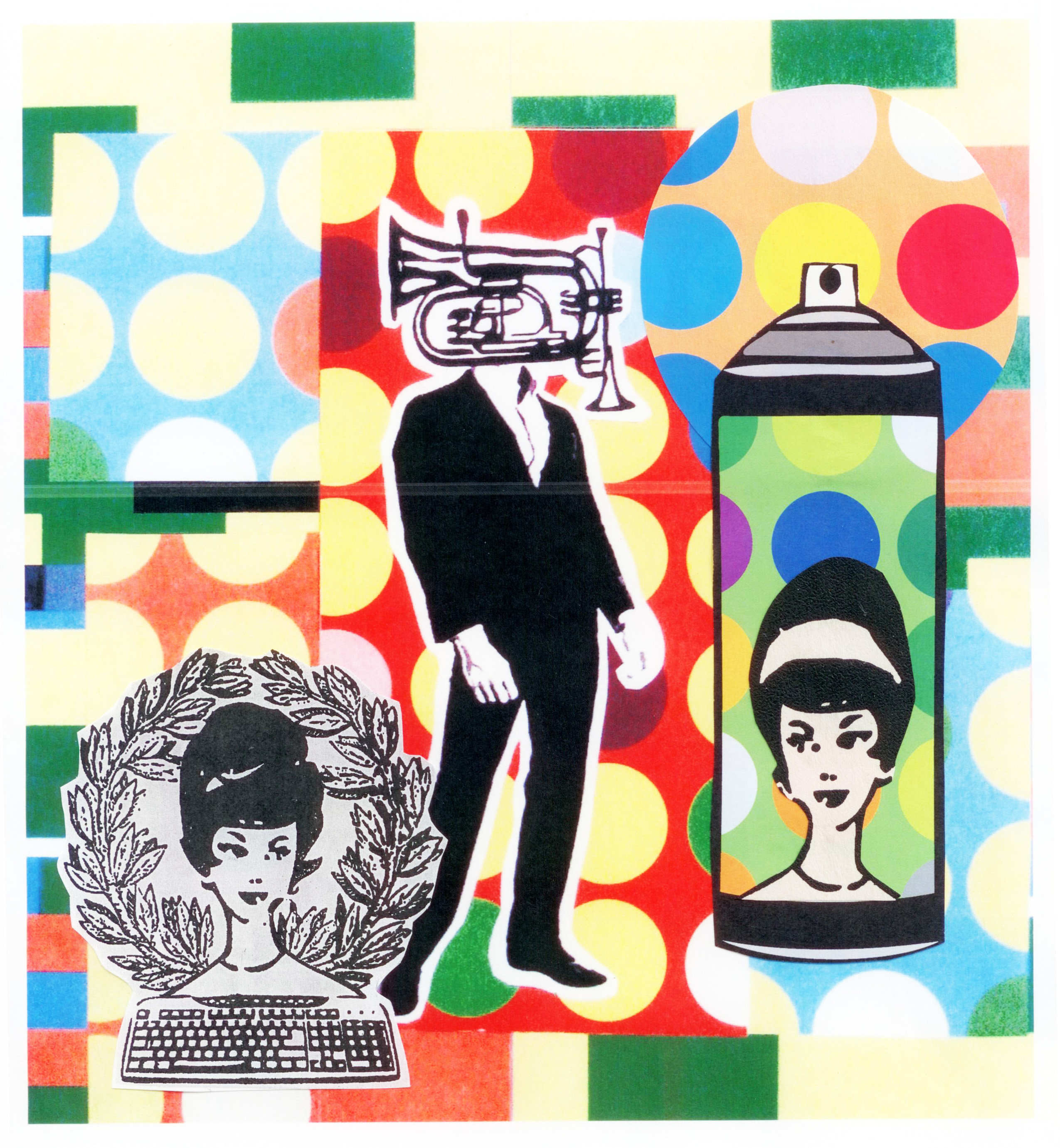 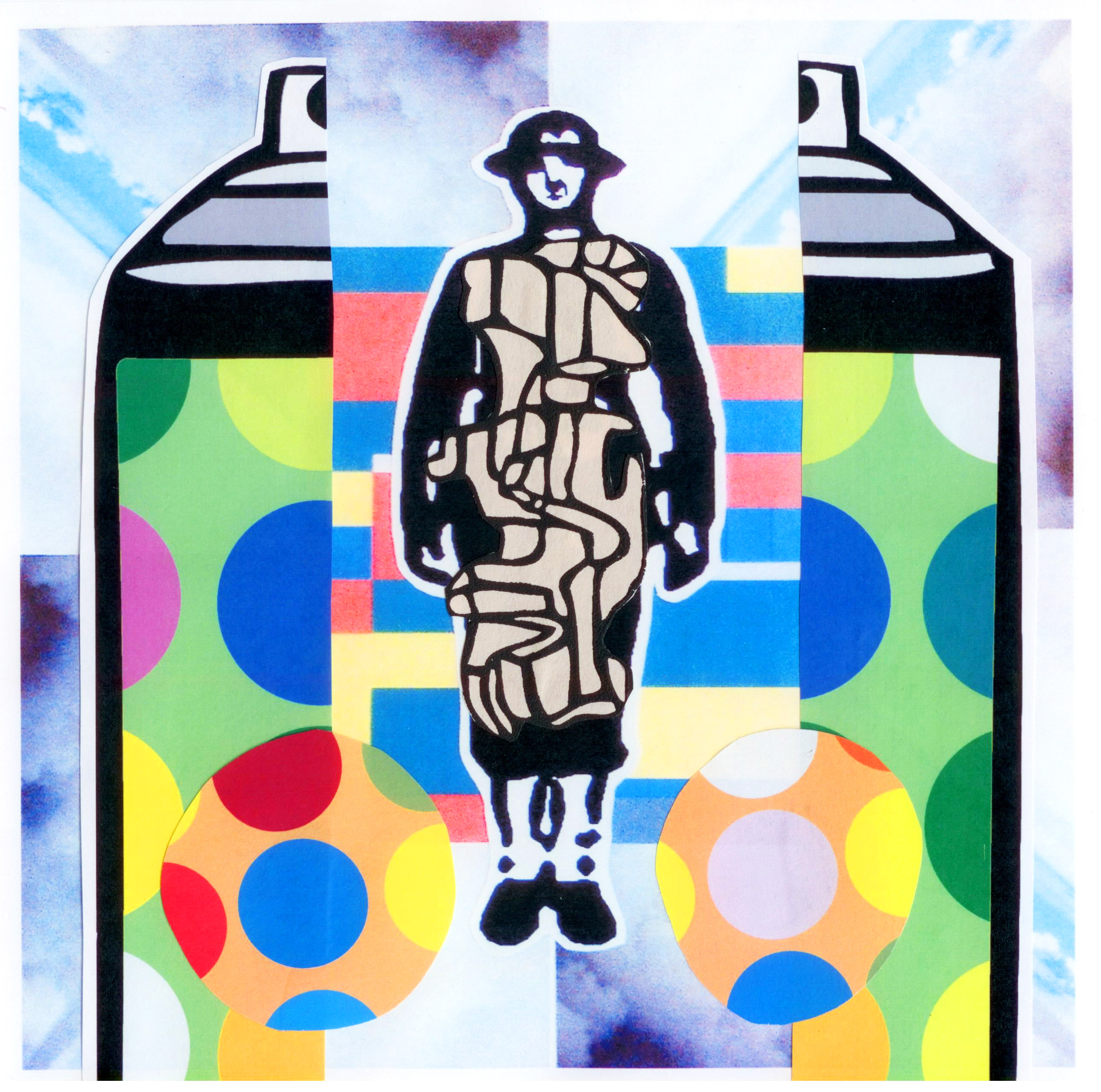 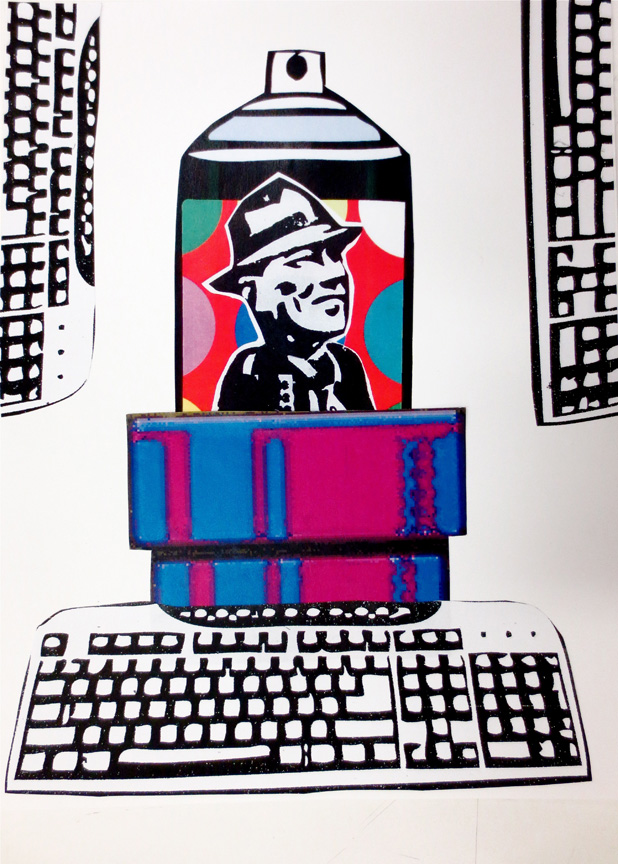 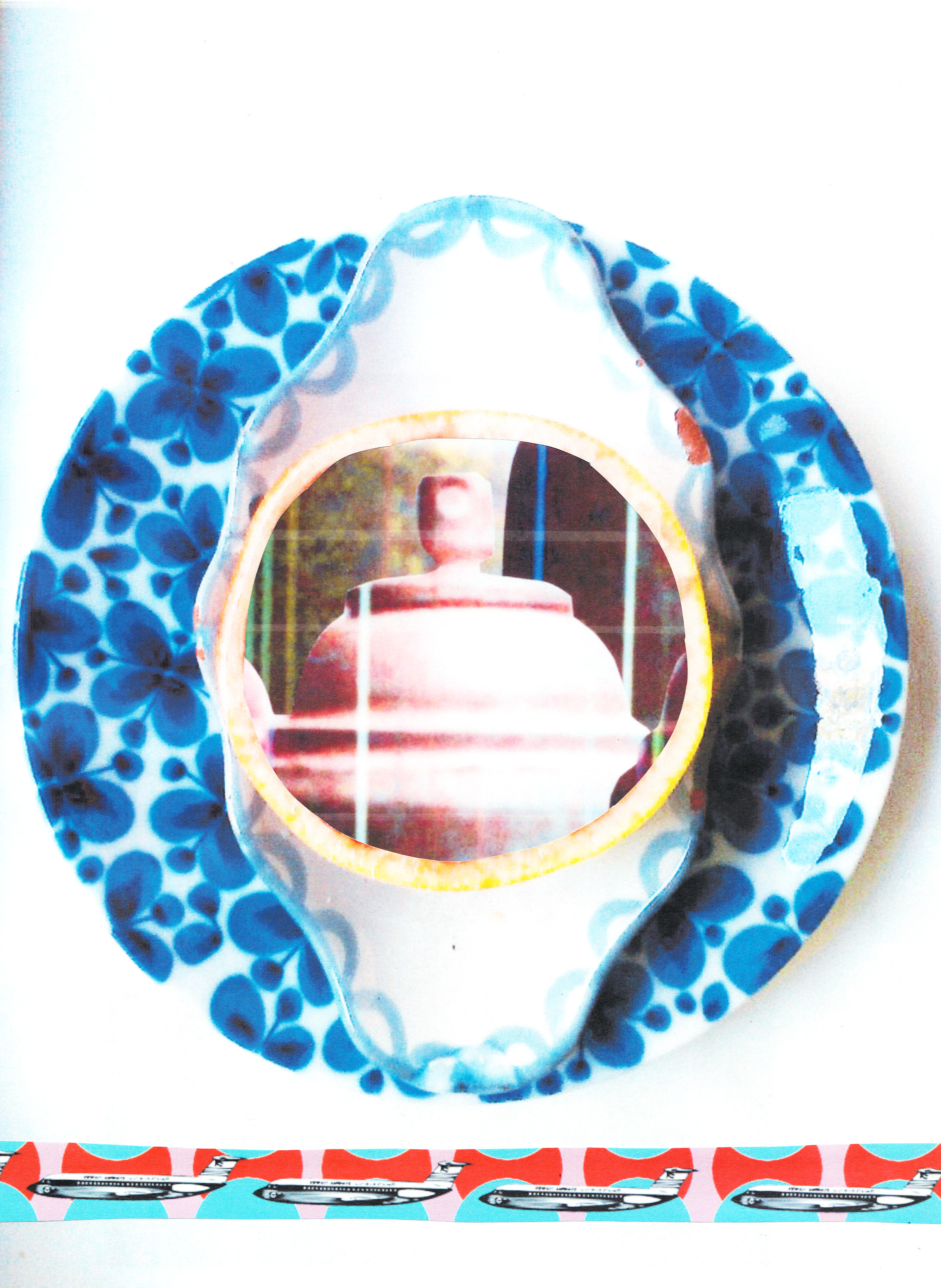 Additional works have been added over the last 12 months and continues to grow through this concept.

A series of solid concrete cast cans are being left in and around the New York City area. I plan to expand it in a variety of ways. I will share that here soon. This series of sculptures is an offering back to the urban landscape from which and where the energy and inspiration came from. 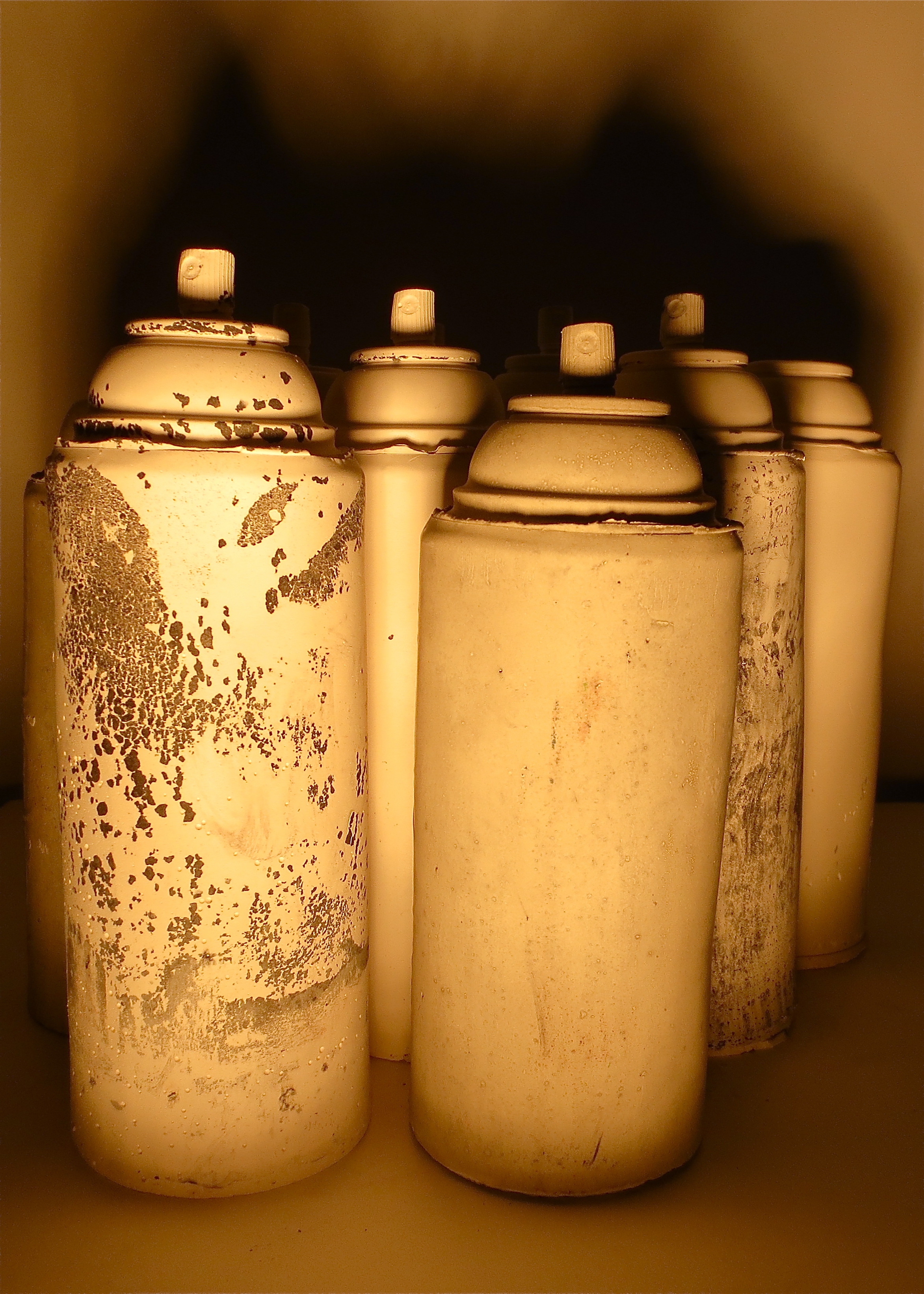 Gif-fing Graffiti as a subject. This has got me captivated at the moment. As of November of 2012 I began a monthly GIF archive here on the blog, and the graffiti subject matter has since evolved. The use of the aerosol can, the b-boy character, the letter styles and colorful energy continue to expand my interest in animating the still frame works. 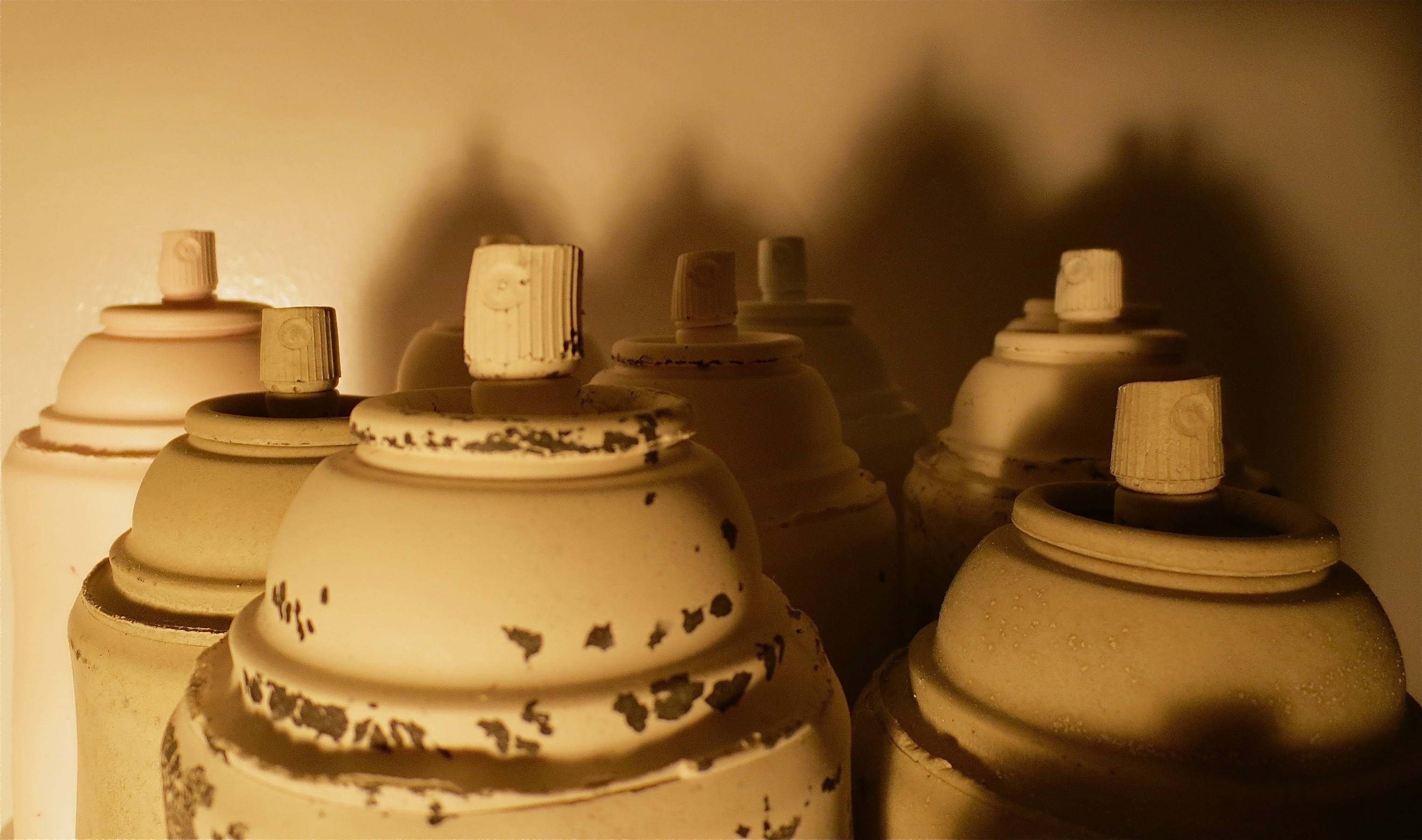 7/11/13 – NEWS :: I am happy to announce that I will be curating my first museum exhibition here in NY. This will be an all graffiti and street art based show. The show will run January 14th – April 1st 2015. Over 25 diverse artists both new and old school will be participating in this endeavor. This information is being leaked here for the first time. Details to follow soon.