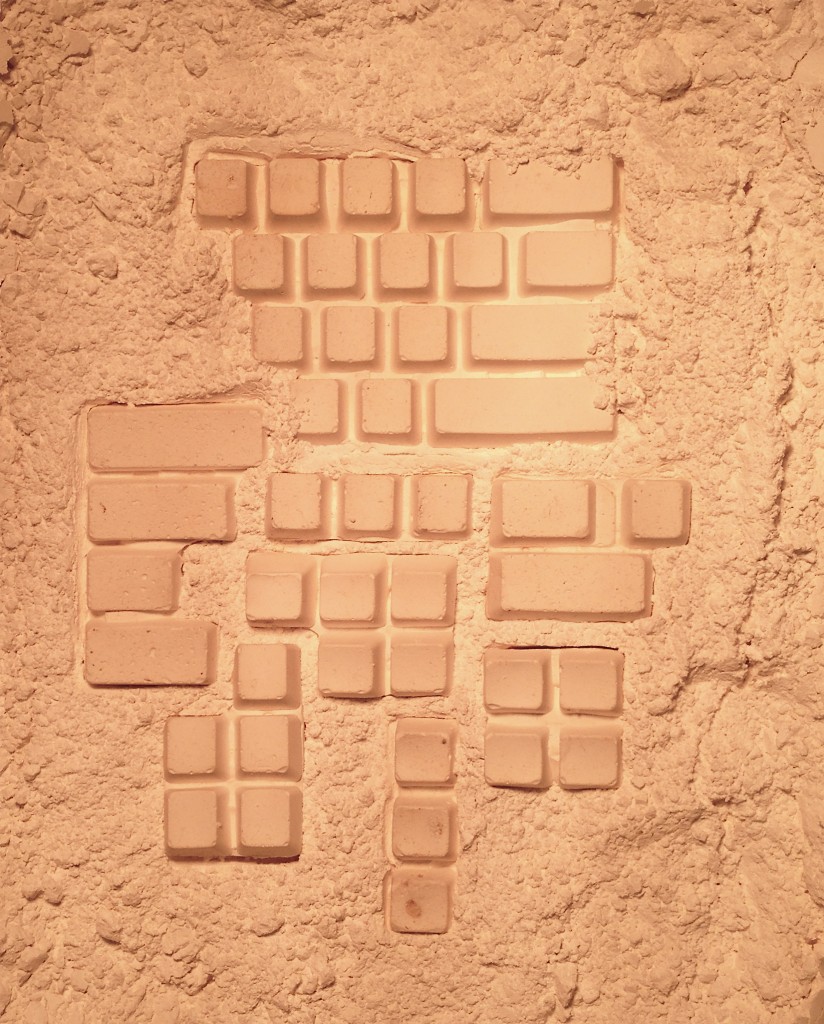 A series of outdated concrete keyboard keys have been fractured, recomposed and photographed. They have been temporarily displayed in the same material that made up their origin. The material has many other uses, most of which were not first intended for art making purposes. The materials are synthetic. The new configuration is a metaphor. It is not functional and serves only as a representation of the moment which is now the past. Other than this image, there is not any further evidence that this piece exists. Humans have played a pivotal roll in the extension and transcendence of how we communicate via technology, yet it has been less than 400 years that we are communicating across the globe. The keyboard has changed considerably over the last 25 years, so much so that when we see the large cap like keys we instantly form a connection to the past. As a viewer perhaps you are in your 40s or early 50s and recall the first keyboards of the 1980s. You were introduced as an early teenager and your world was filled with curiosity as to how it worked. Was that you? Perhaps you are the child or grandchild of that same person who held onto that same first keyboard and computer. My love affair with the object has extended into several projects and a current collaboration with Leon Reid IV & LIU Post Sculpture Students.