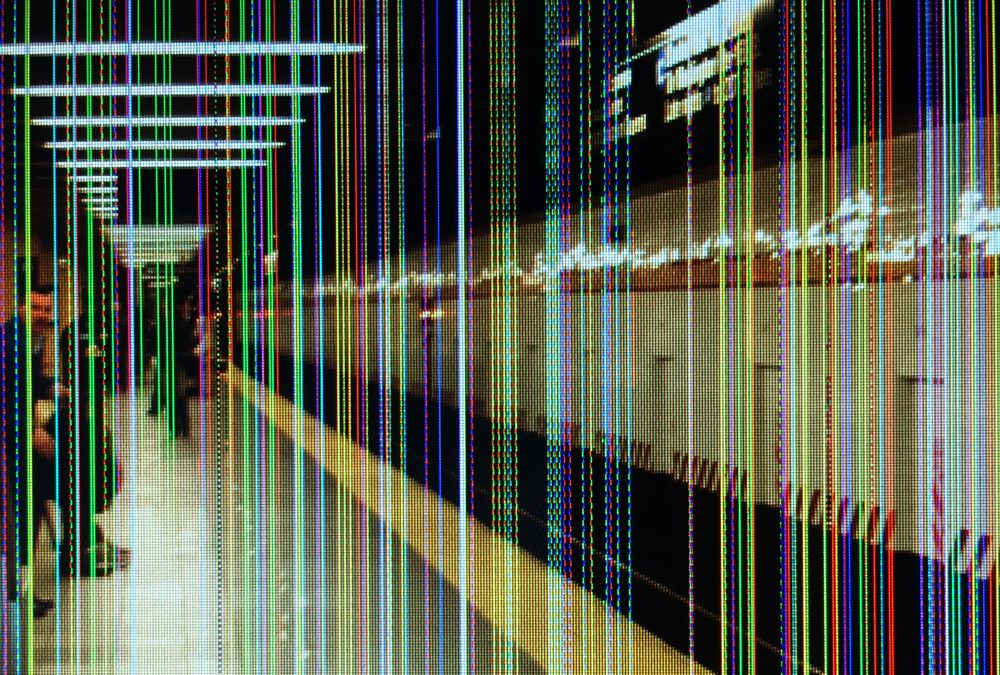 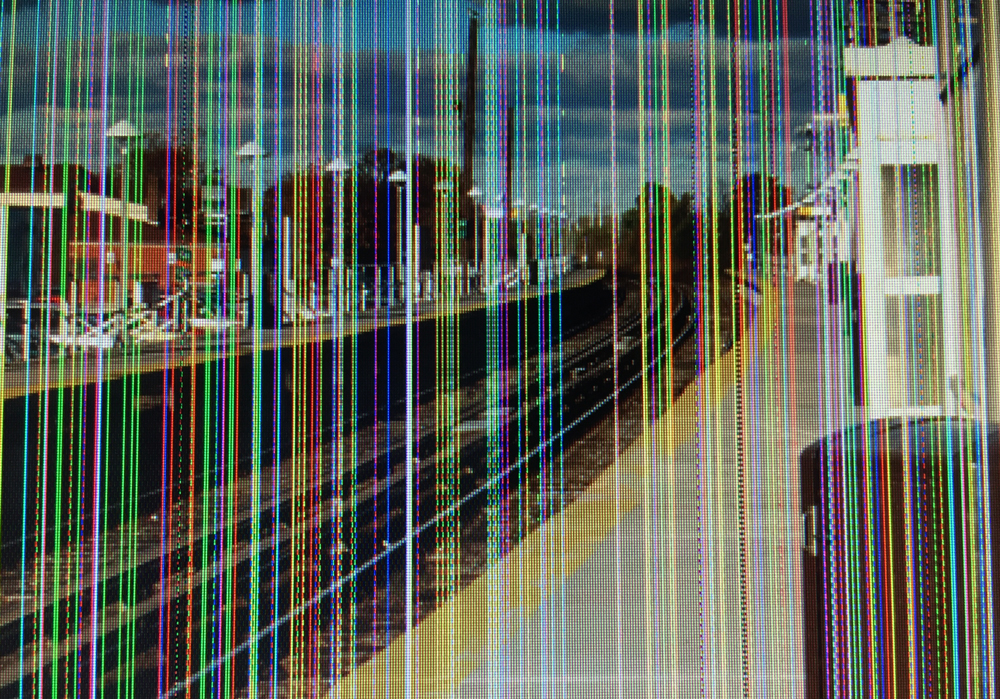 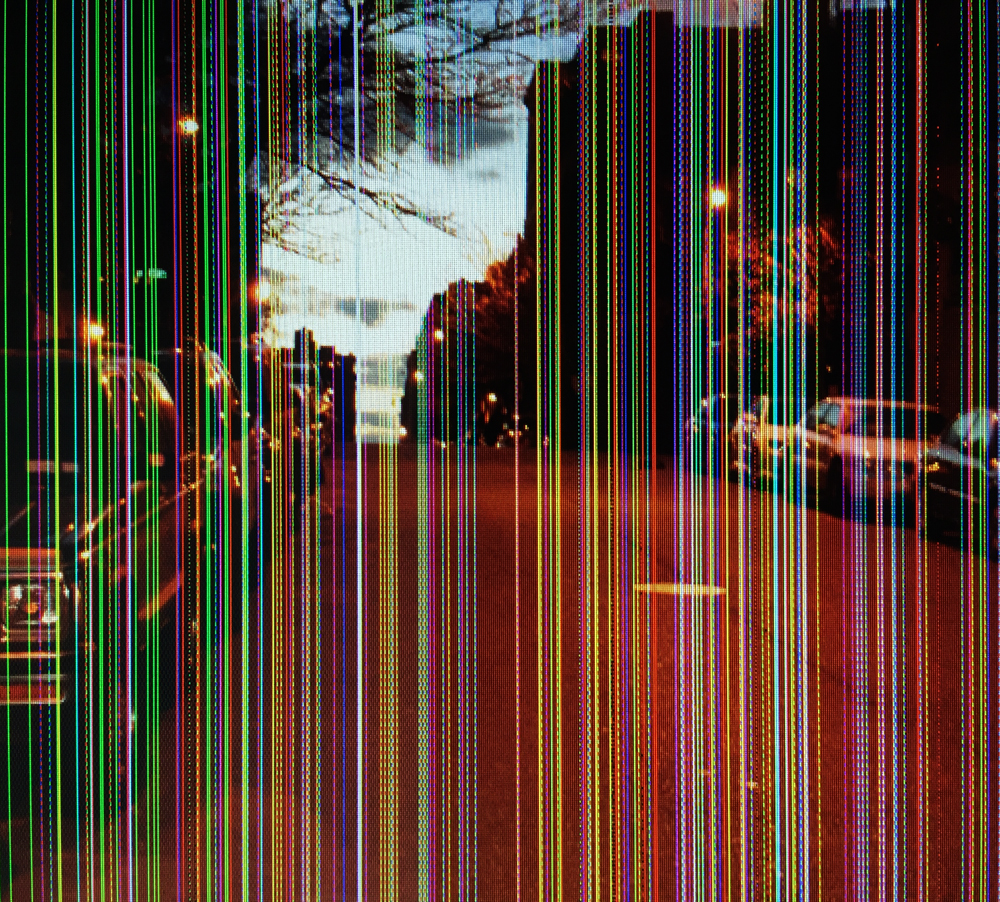 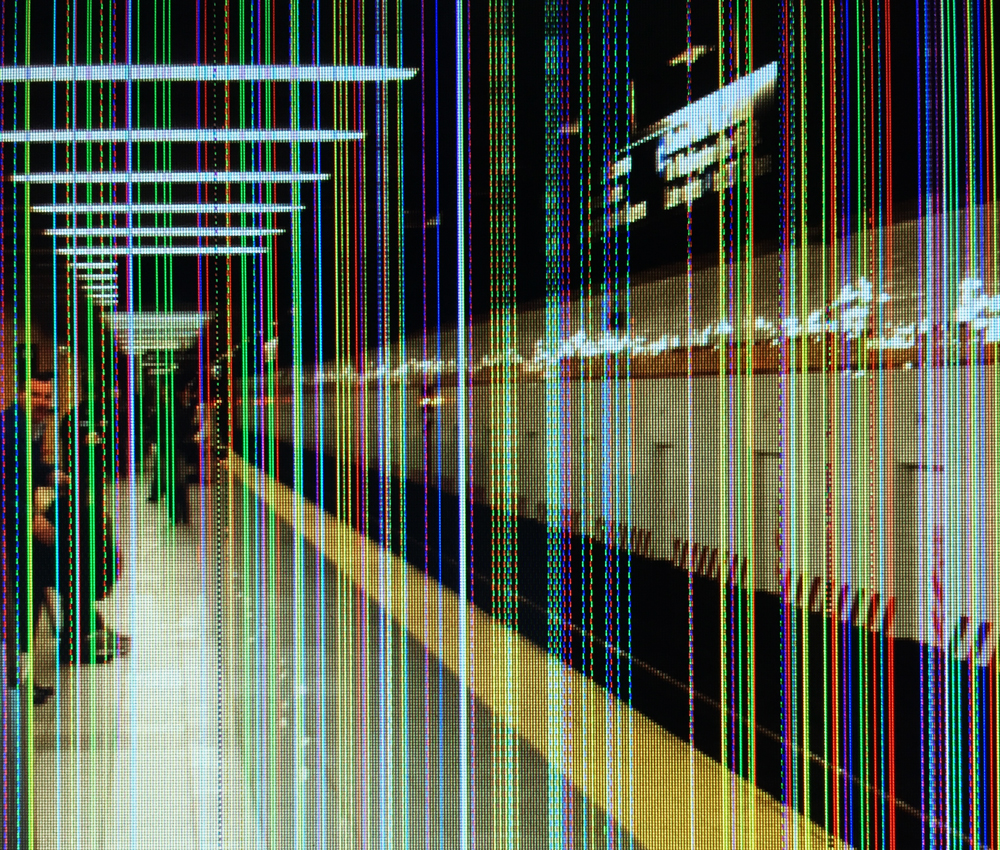 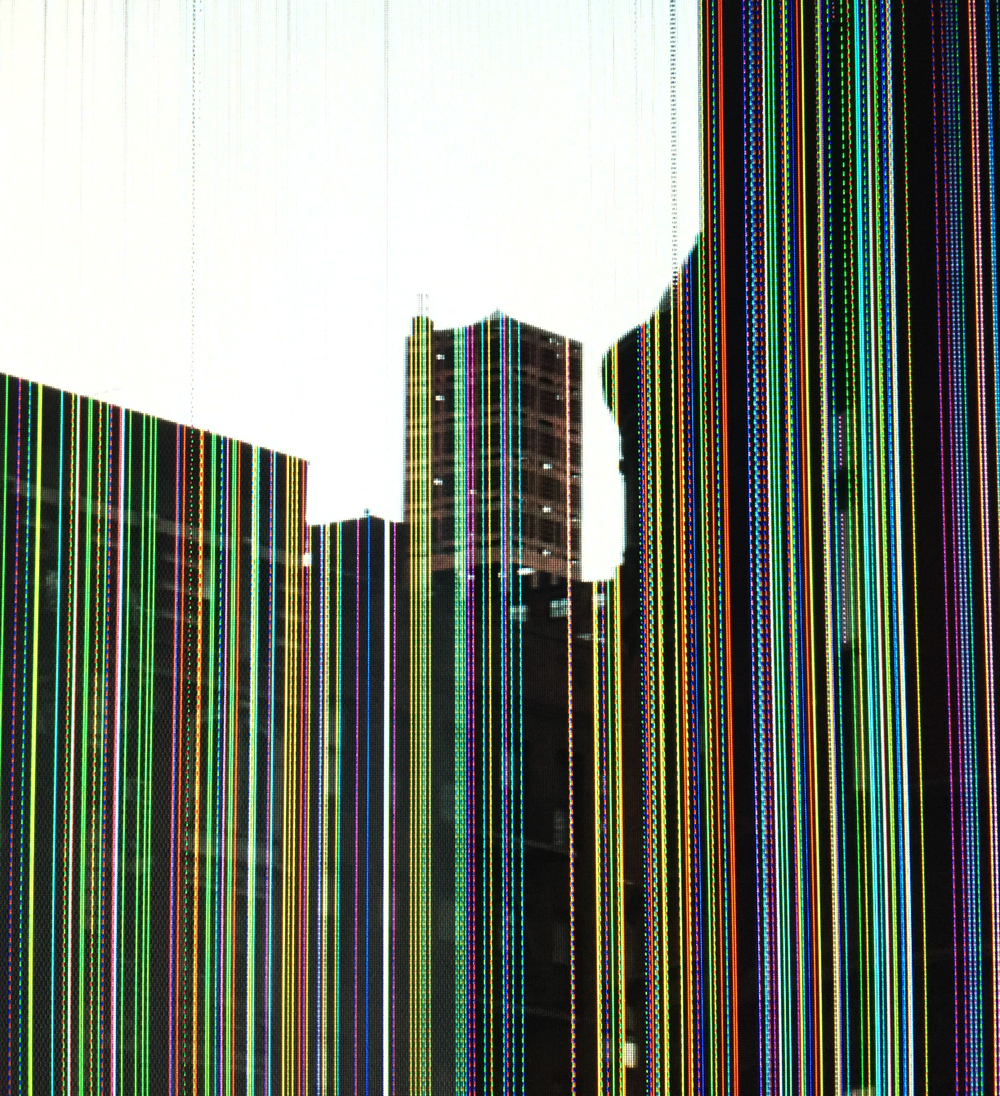 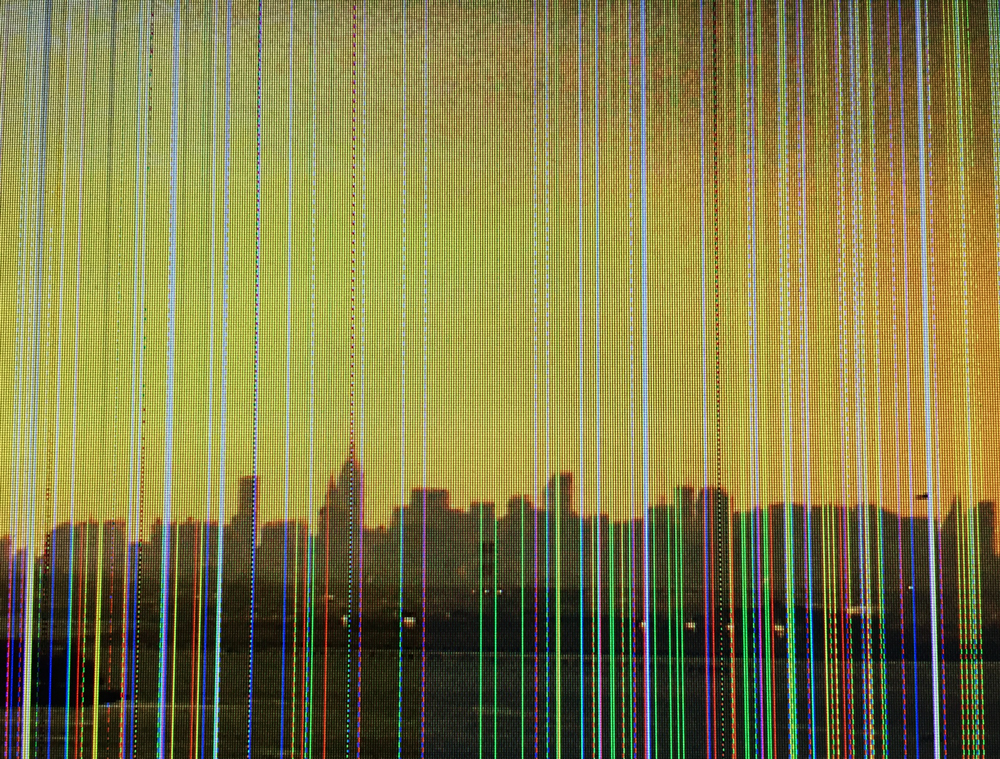 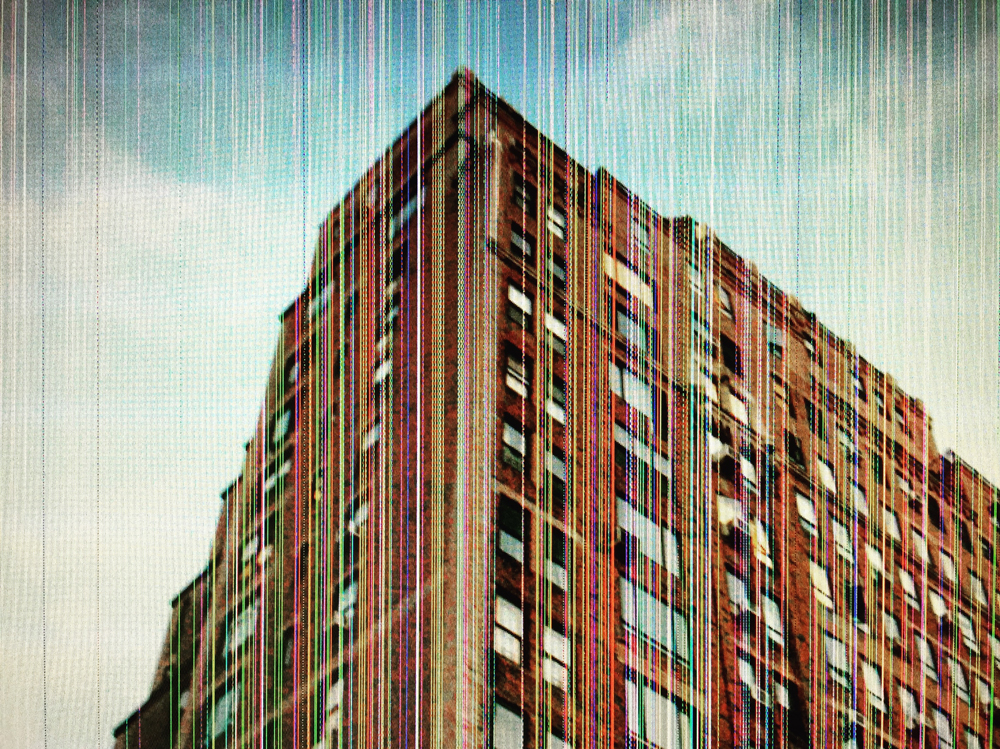 Electric City is the start of a series of digital photographs taken in NYC between the years of 1999-2004. The images have been re-photographed from screen shots taken from my damaged iMac computer purchased in 2002. The images above and in the zine below were taken this past week. The screen shots are printed, scanned and rephotographed with my iPhone 6 & 8. Over the years the failing LCD monitor on the apple machine began breaking down and generating a common glitch in this series of computers. I really love the effect and the ever changing range of vertical linear lines that appear and disappear each time the computer is turned on and off. The glitches are not static on screen. They twitter and vibrate and an animated GIF series will soon follow. How can it not,

There is something utterly poetic about capturing the awareness’s of our ongoing moments with a camera. Today, and for many years now, I take most of my pictures with my iPhone(s). An integration has happened by default. I haven’t yet challenged why I have bought into this idea so fluidly, but I shall. I see a metaphor in this process.

The Zine below is a single edition ephemeral example of the quickly fading photos albums we used to keep and cherish. No longer do we print photos out the way that we used to. The zine has been fabricated together only using a glue stick. It is not permanent by any means, it too will change. It too will loose its ability to adhere and stick together the way it once had known so well. Or so it thought.

Is there poetic sadness in this idea? I think not. Only the constant reminder of the evolution of time as we change and grow. Objects and things that we interact with become the metric system that we often share and discuss to feel connected again.

All of My Memories are Becoming Electronic.. 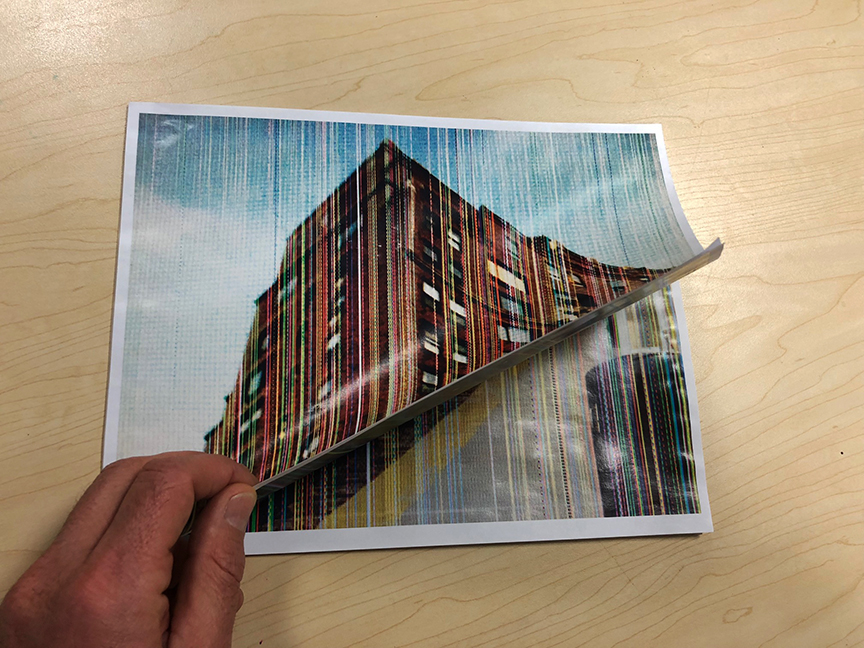