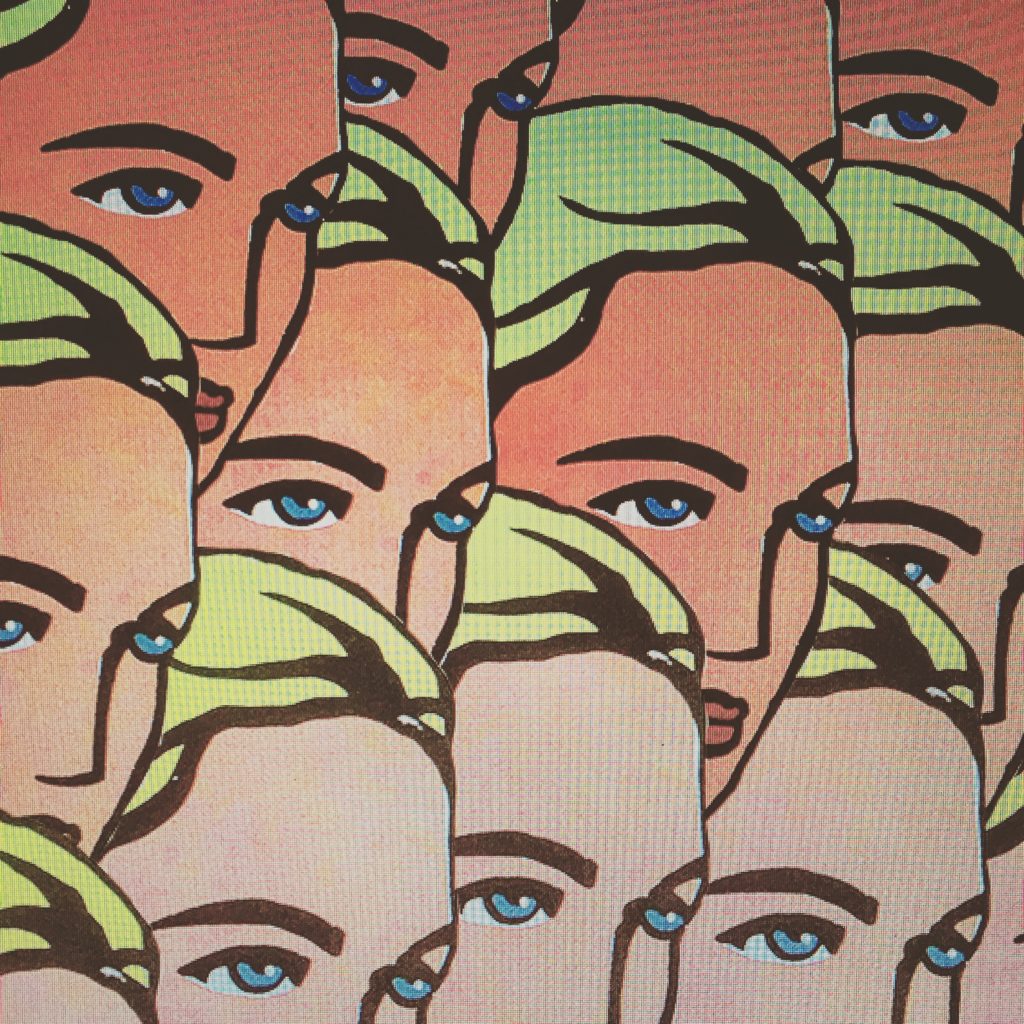 This post displays a cross synthesis of techniques and applications. This fresh series of short video sequences were created, arranged and manipulated using the glitche’ app for iphone. The tiny videos were derived from the single still image above. The image is a digitized screen shot variation from a series of cut out screen prints. I enjoy expanding my static manual works  into animated variations and later plugging them into sequences that loop. Are they simply GIF animations or micro films? Video art or animated tiny films? You decide. Im open to what your definition. The short 1.5 – 2 second sequences created in glitche’ were then re-composed using the video import feature in the vine app to complete the animations. Vine allows for 6.5 seconds of video capture that will loop the finished video and save an mp4. version of the video to your device (in the photos section.) Is this process fun to do? Well, over 500 vine videos later, Im still finding fun ways to use and test the applications output. Instagram also now allows for its users to import sequences of videos, and you get up to 15 seconds. Duration plays a role and Im not quite sure where I stand on that yet. The video below was later imported into photoshop, resized (because I unlocked the high res output feature in Glitche’) and flipped it horizontally. I rendered the video back to an mp4. and imported it into adobe after effects to add the “cartoon” filter. The GIF was later generated with GIFGUN – an after effects GIF generating plug in that my friend G1ft3d told me about. Ill be sharing this whole process step by step during my GIF class for the Black Mountain School on 6/11 6/12 & 6/14 2016. There will be a few live streams so tune if you want.