Mass Production of the Techno-Consciousness – Part 1 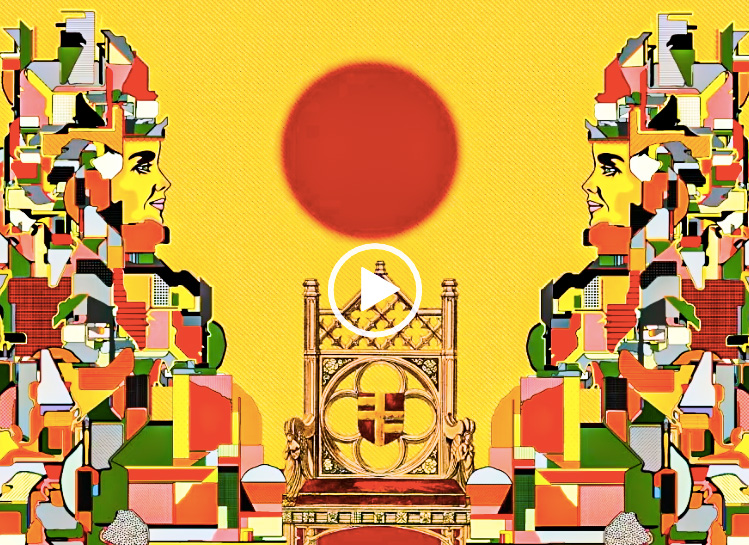 Mass Production of the Techno-Consciousness – Part 1

Welcome to the beginning..

I suppose that you are awaiting the meaning for the title of this piece? I first leave you with these two questions,

“What is the difference between fiction and reality? Who gets to decide?”…

(Please watch and allow the video to loop at least 5-6 times before reading more. Yes, this animation is intentionally soundless. Please watch it in a quiet space with out other conflicting or distracting sounds if possible. Is consciousness auditory? I think not, please proceed..)

The full story and synopsis is at the bottom of this post – but here is some process context below,

The idea for all of this hit me very intuitively and I quickly put it down on paper. This animation began as a single illustration. It was derived from a series of subjective forms that I drew on paper. Let’s call these forms “fragments”.. They were not figurative, just a few “pieces and parts”, but they “spoke to me” and I obliged to expand it all a bit. I digitized my sketch and redrew it with a stylus using adobe illustrator. (The funny part is, I haven’t used that stylus since, and no longer wish to use it.. I don’t know why..) The original digital drawing is below. You can see how those fragments, shapes and forms on the left were slowly put together to create and build the figure. I see this as a good tutorial for a lot of my art making process. Im obsessed with creating new shapes and forms. We humans have the power and ability to do that, everyday.. everyday, we could draw as many new shapes or forms that we wish, there aren’t existing replicas of those shapes or forms.. that is a lot of power in and of itself. In fact, I very much “see” the world this way. I am always looking for these things in my everyday travels. The vector drawing technique gives those nice smooth lines and the ability to make duplicates. I then saw the illustration as a prototype for a humanoid robot, but not just any robot.. I know, this begins to look and sound like science fiction, but perhaps its a precursor to what is already much more a part of our collective “reality” than we realize.

Perhaps we must first live various forthcoming realities within ourselves as we process and understand them? But then again, they will begin to manifest outwardly and collectively anyway, right? The process in the illustration below is tied metaphorically to the synopsis of the animation.. do you make the connection? 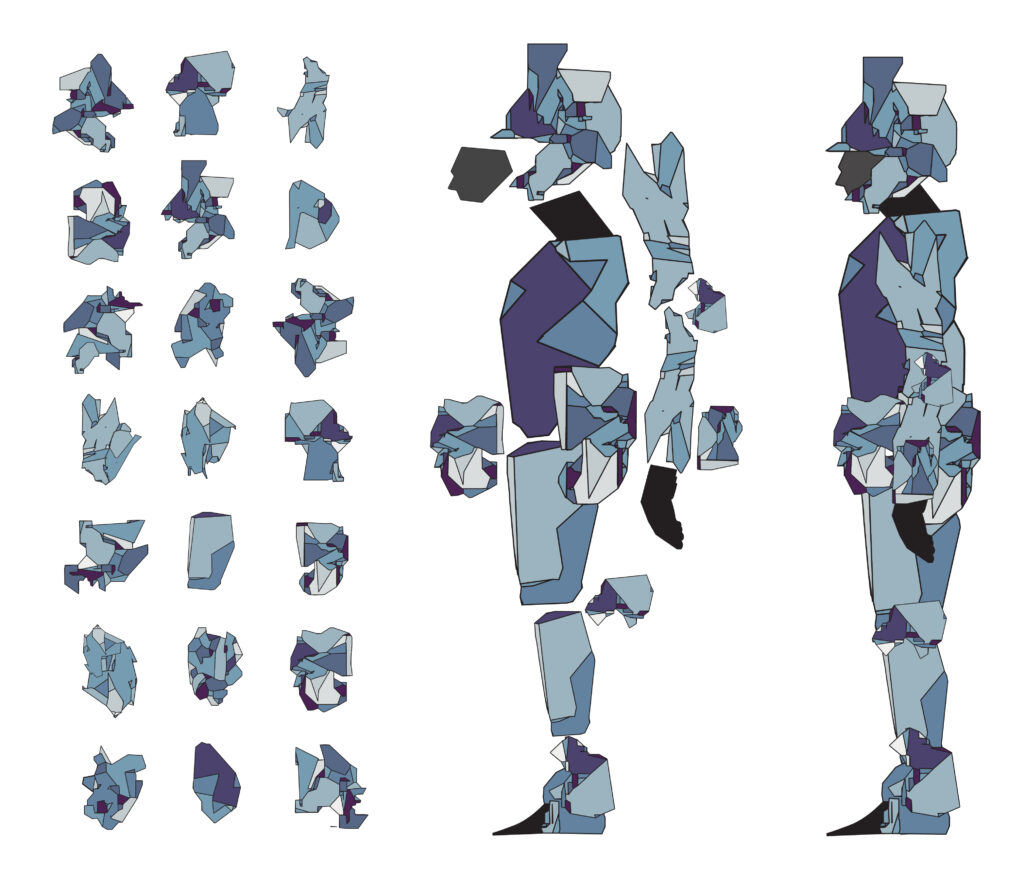 Once I had the character built I began to see an environment in my mind’s eye. The environment was warm, dry, with dessert like heat, so I changed the palette of the character to match that. It then hit me.. The figure was a single prototype of a massive robot army. They displayed and retained various historical cultural characteristics while also showing a sharp and modern appearance. I began to assemble a line-up of soldiers as shown in the images below. Of course this line-up could be multiplied further for more impact but I didn’t want to overwhelm everyone. The idea of a massive army of robots in and of itself is pretty terrifying.. but what if they had human emotions and desires? 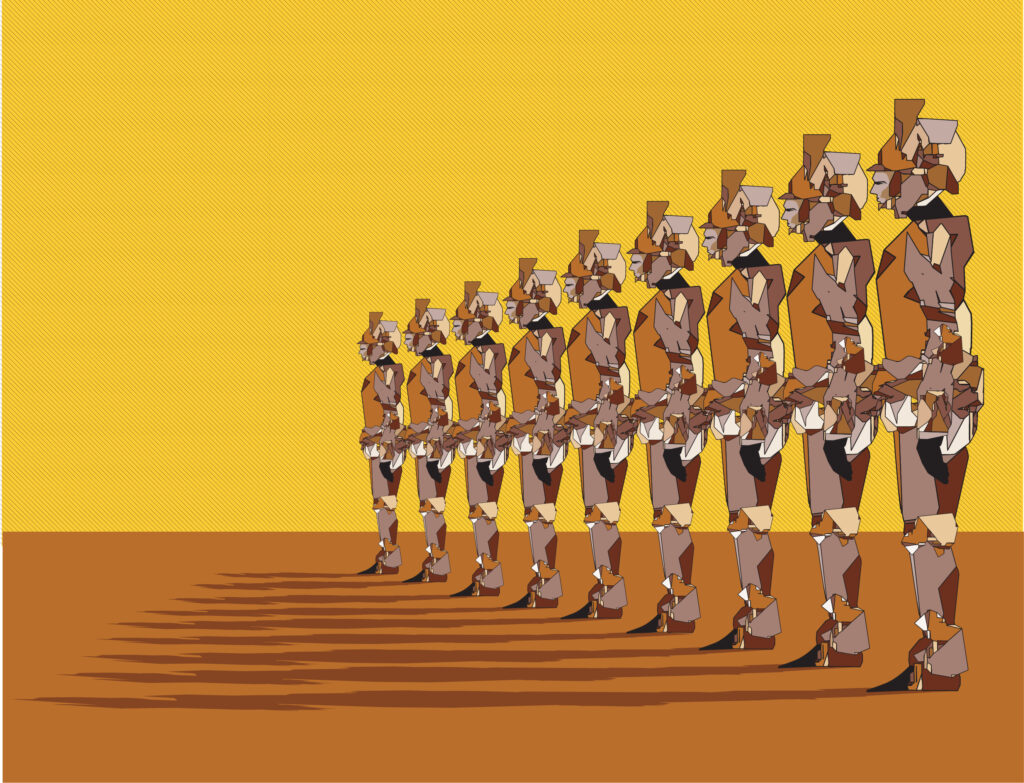 After making a series of duplicates, I really liked this perspective of the robots and then added the shadows for a bit of depth and environment. This helped me make the next decision that you can see below (workflow shot included). I added a deep red color to the ground level and a texture to the sky area. It created a nice harmony between the figures and the ground of the composition. This illustration alone stands well by itself but it also led me to the vision of the sequential animation frames. 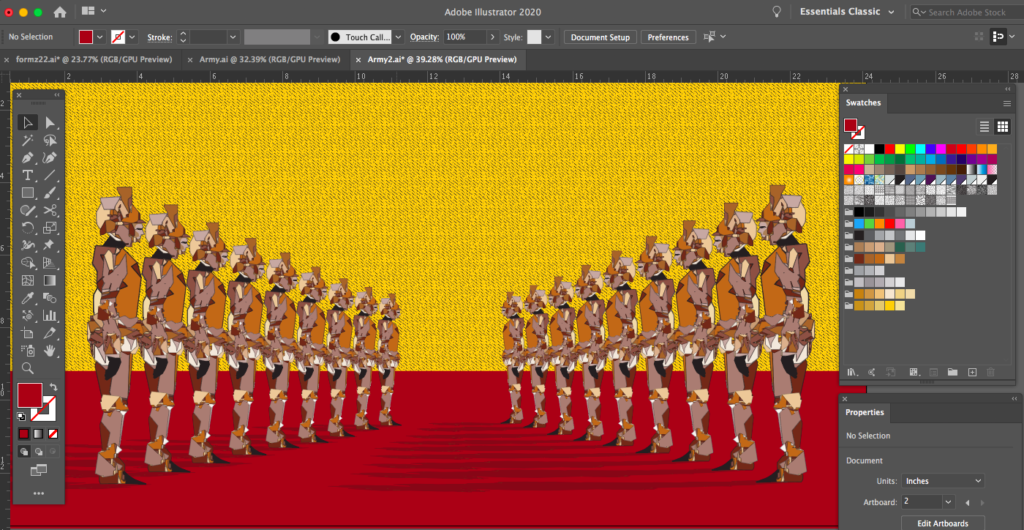 The soundless animation begins with a one point perspective line-up of robot soldiers standing at attention. The horizon display a seemingly vast amount of open space. The soldiers are awaiting their orders as the frame changes and two new characters appear. The characters are more complex, technologically advanced and sophisticated looking. They part and make way for an old gothic-like throne that appears and moves forward and towards the viewer. The throne does not have a ruler present, it is empty, yet able to move. Is it a metaphor and a symbol of some form of hierarchy? The next series of scenes begin to display a large red sun slowly moving in and out as if it is breathing while the robots are moving from various perspectives of their production line. They are in consistent movement. “Who” is behind the mass production of the robots? Or, is it more of a question of “what” is behind the production of the robots? A single robot is then brought into the foreground as it passes by. It stops briefly in the center of the composition as its head illuminates as if it had received an electrical input or activation. But what actually happened? What did the robot receive? The story as a whole displays repetition throughout the piece, alluding that each robot will receive the same “treatment”. The treatment is a simulation of the installation of human consciousness. Or perhaps the birth of the “techno-consciousness” human being? All suggesting that artificial intelligence will soon begin to do this with out human direction or intervention..

The final scene of the story once again shows the empty throne. The sun breathes slowly in and out, yet the shadow of the throne does not change with the movement of the light. What we thought we had always known had changed right under our noses. It can’t be unseen or unknown again.. A deep humming vibration fills the space and repeats itself as the idea expands into new mediums, feelings and philosophies.