Metaphoric Narratives with the Nature of Nature 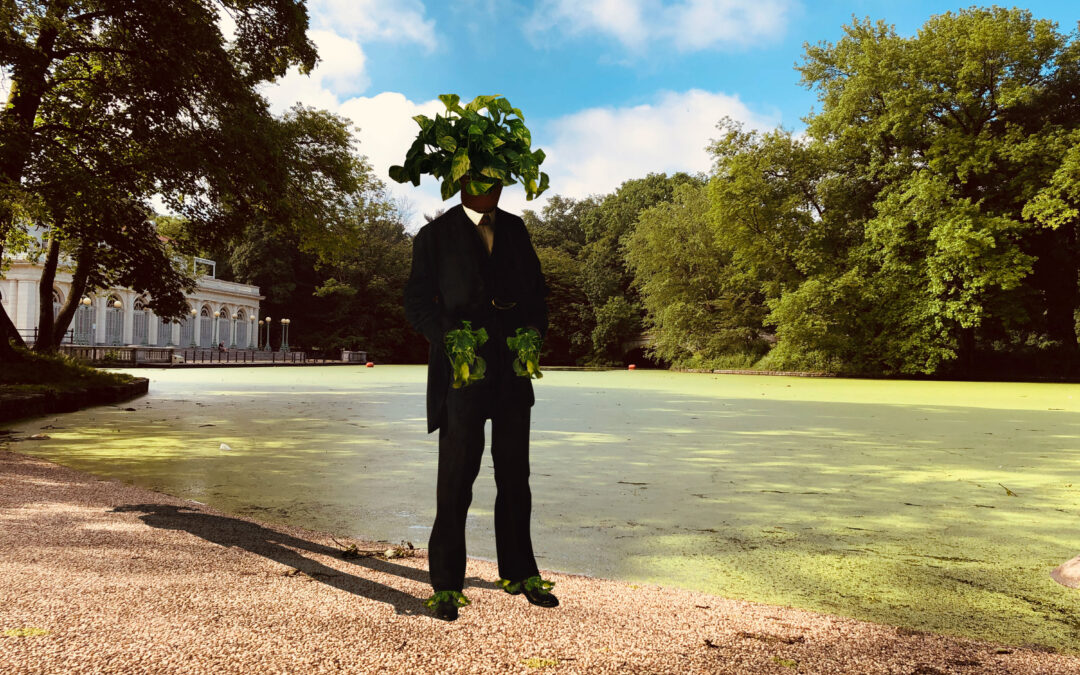 Metaphoric Narratives with the Nature of Nature

Aaaaand we are back with another series of digital art works and a bit of a “how to” process post. Forgive me for the title of this blog post.. At first, I wasn’t sure if this was going to be an assignment tutorial of some kind, or just an over-sharing process and rambling session. It will serve as all of the above. Ok, so, lets face it, we all love photoshop. We all love the pen-tool and the ability to cut, create, apply and remix images with our graphic assets. Yes? Of course! OK OK, Ill get down to brass tacks already.. In this series I wanted to create and play with some fictional characters and also displace them into my everyday surroundings. It is in this process of being experimental that new narratives seem to poke at and guide us. Lets jump in. Of course I am sharing this process from the perspective of my own art making but also will use the steps to illustrate a class assignment for my foundation design and digital storytelling students. The ability to create well balanced and compelling compositions is skill set that is fun to cultivate and it never gets old. “Let’s always be practicing”, practicing  the ability to compose and create while mastering the dimensions of our picture plane. (that academic jargon…) 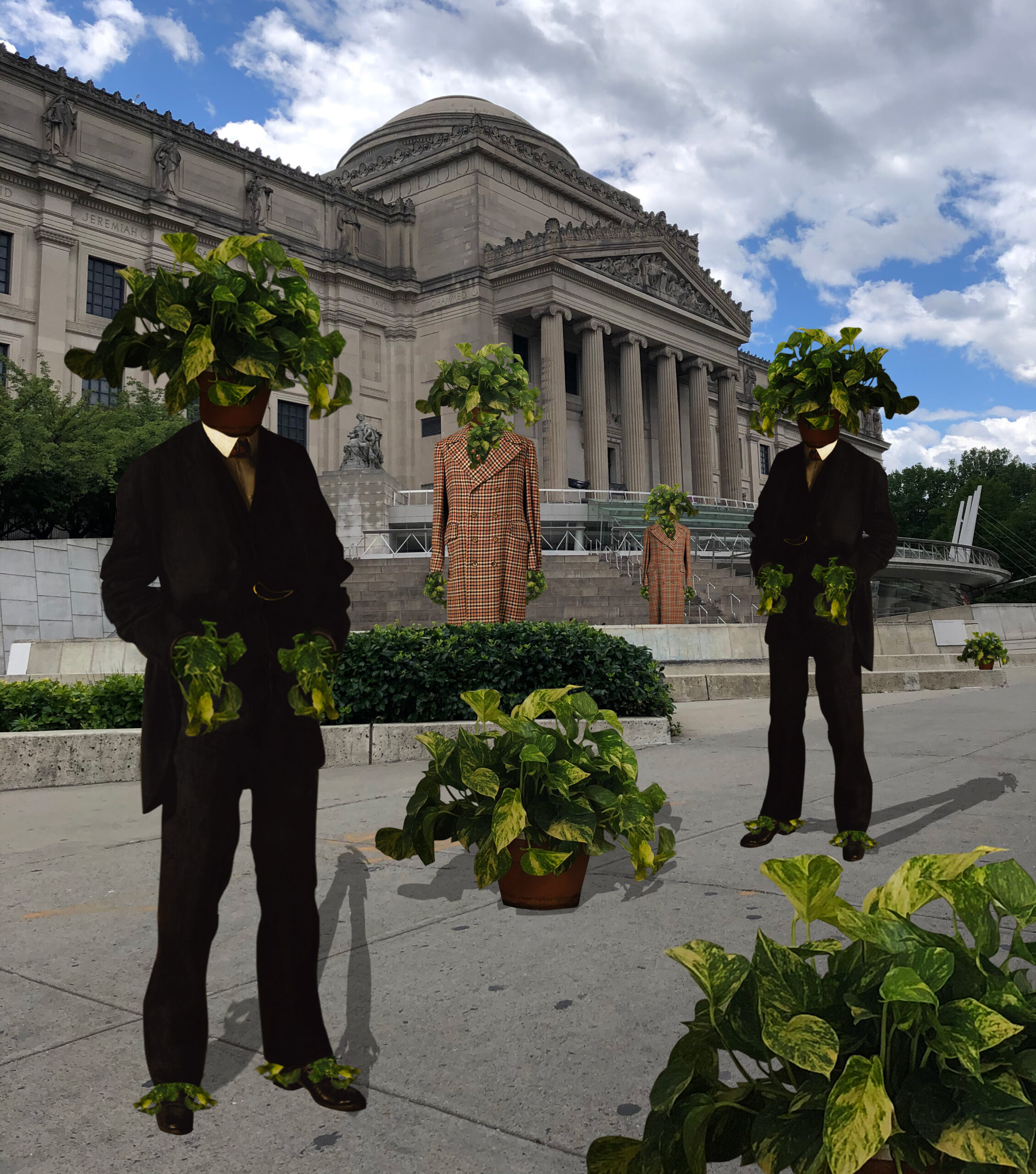 The gang is all here.. This example shares an integration of characters and the ability to use repetition, duplicates and scale (plus those shadows…). I love walking past the Brooklyn Museum in my neighborhood. I love the building itself and wanted to use it as one of the locations for this new “situation” to occur.. 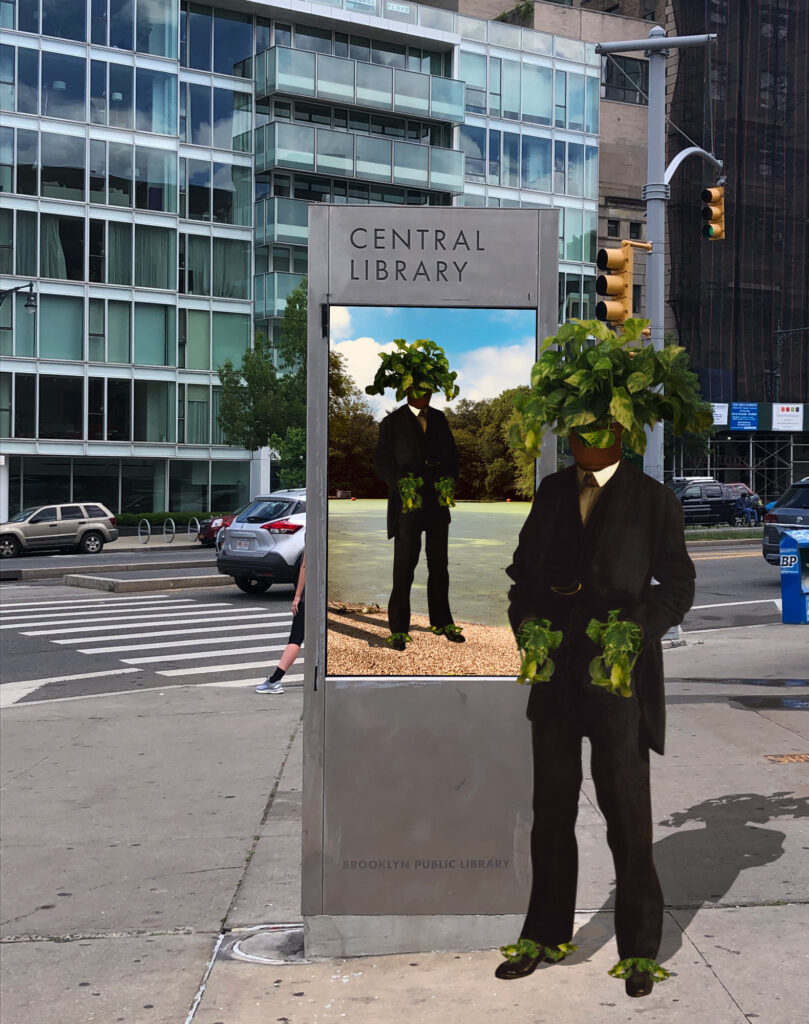 This image was taken outside of the Brooklyn Public Library, it shares a series of imagery and the application of a character. Our hero has found itself as a part of public advertisement. Perhaps this is fictional? OK, it is, but think about how your everyday surroundings may offer an opportunity for you to intervene, hack, displace and re-contextualize things. There is beauty in the seemingly banal or redundant, and what I mean by this is our everyday surroundings. We have the power to transform and transcend them. Visual imagery and image-making is a fun way to participate and also see the world in a new way. 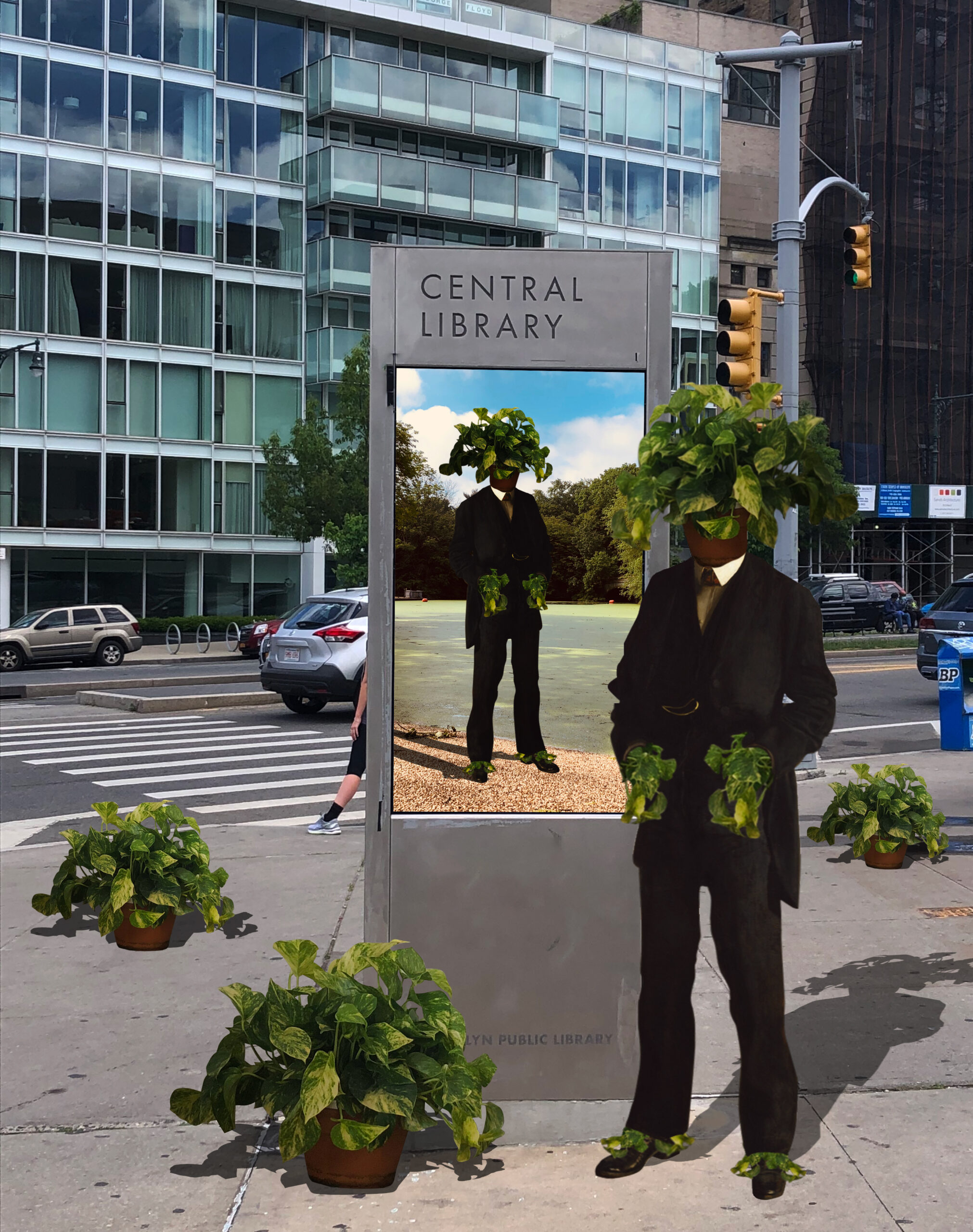 By default, your friends are going to show up! Another example of repetition, composition and scale variation. Does this illustration tell a more compelling story than the image above it? Are the additional plants needed? What do they add to the composition and story? What is their intention here? Will they expand and take over? Well… 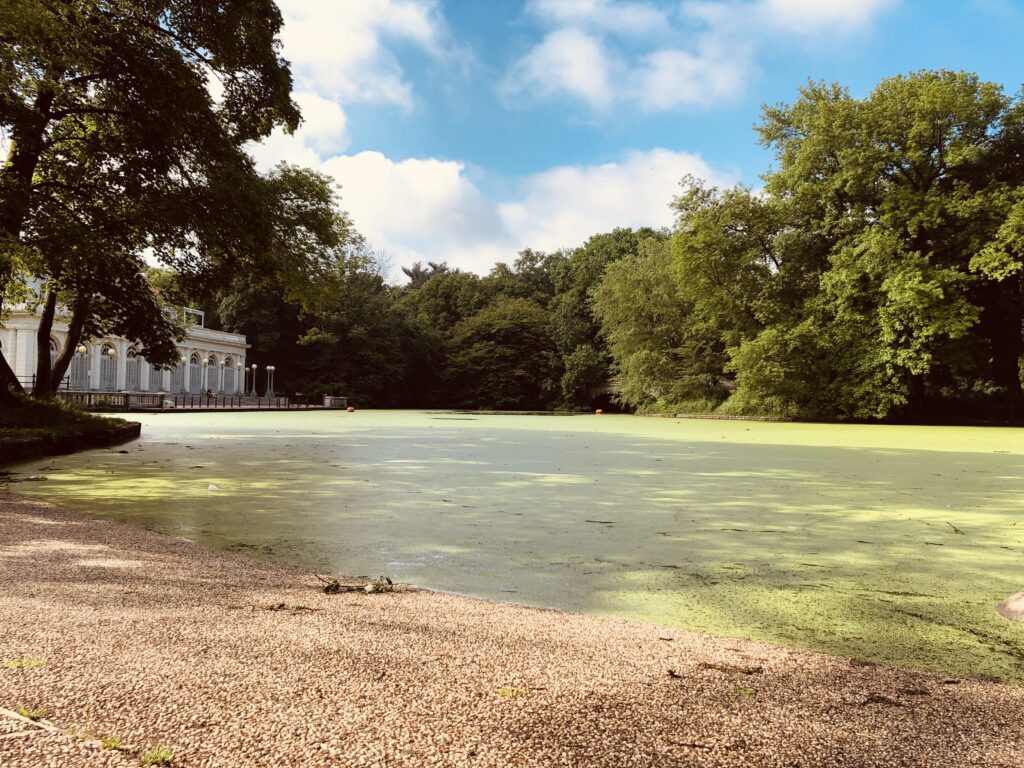 Above, is the original image that I took at Prospect Park that inspired the entirety of this series. (Im back tracking the narrative of this post a bit… just like in the Film “Pulp Fiction”… haha, not exactly but Im thinking about that..) The algae was really think and particularly a warmer value of saturated green than I recalled from most visits to this spot. It was also late July and pretty warm outside. Sometimes all it takes is one experience, story or image that causes the creativity trigger. After I took the picture I immediately reflected upon a memory of the 1980s film “Swamp Thing”.. are you old enough to remember that movie? Lol, I was just a kid when it came out but I loved it! So, I got inspired, fast! The image below was the first iteration beyond the “normal” picture that I took. But there is more to this puzzle below.. 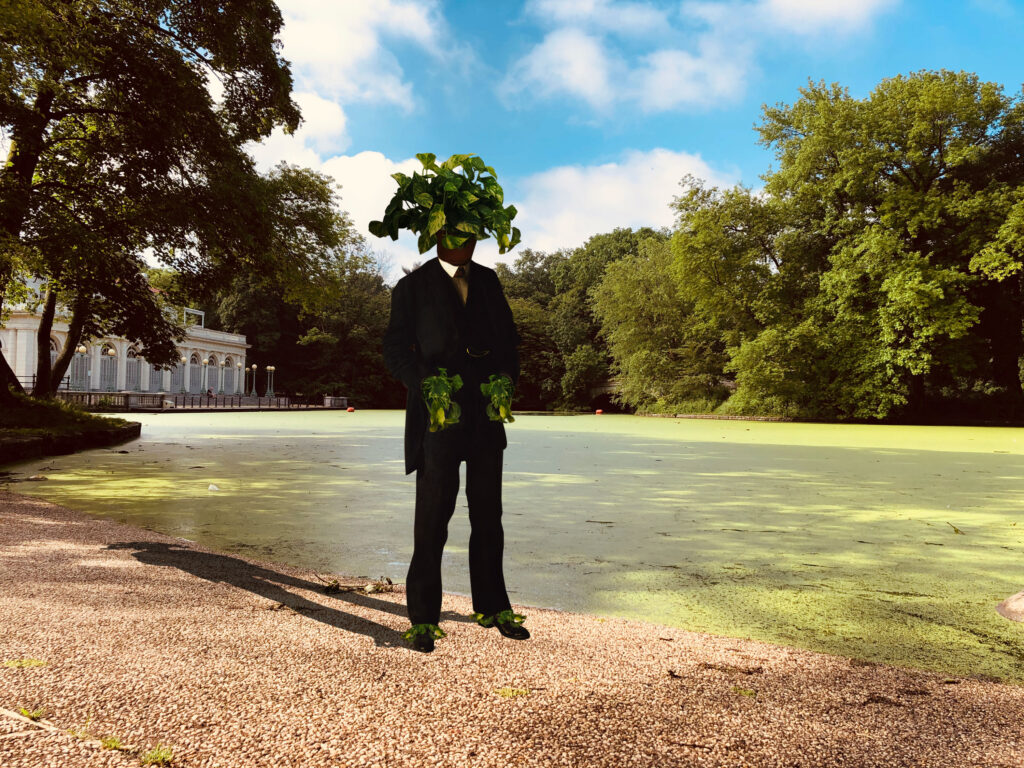 Sooo, you recognize the image below.. that is where the plant came from. Its one of the 5 plants (and growing) that I take care of..(its much bigger now as I write this a few months later too). Im illustrating all of this to help give you a bit of insight into the immediate and very intuitive thinking and creation process that I go through. I like the immediacy of using my own surrounds and digital image captures. This can all be so easily synced with other forms of media found in the public domain or via other creative commons resources. Plus, I experience the process as a muscle, it wants to be exercised, nurtured and practiced. It wants to grow! 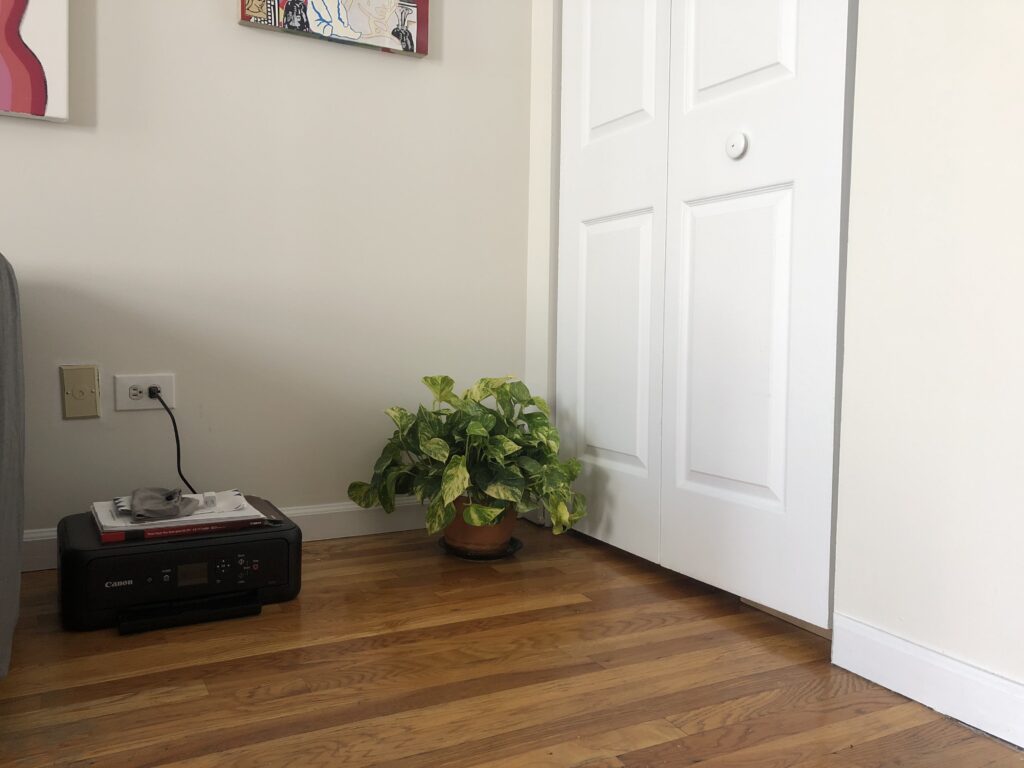 I brought the image into photoshop and used the pen tool to cut it out. Once I had it free as an asset I started constructing my character. The figure was extracted from a painting found in the MET Museums Digital Open Access Image Archive of public domain works. There is a lot of good stuff there!

OK, so this fellow is NOT exactly “Swamp Thing” but it certainly expressed that energy and inspired the flow of the illustrations. I animated this guy below and also added it as a sticker on Instagram. If you use Instagram Stories, under the GIF search option you can put in my name (ryan seslow) and find this guy below… use it at will! There are some some others there too 🙂 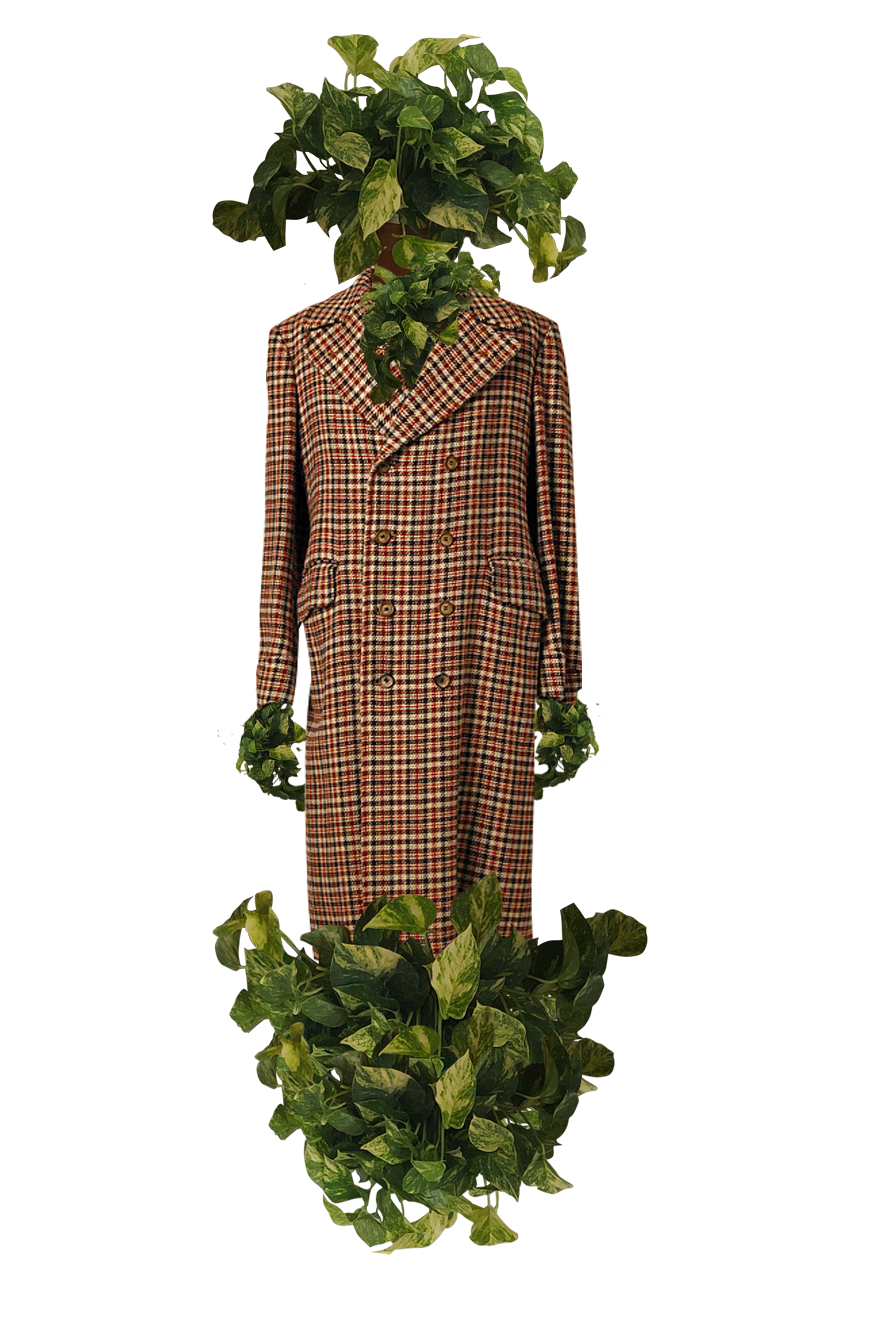 Well, one idea leads to another and I kept going.. this is another character and asset above. The static image wanted to be added to a narrative and that narrative became a looping animated GIF. Its a short surreal story, and it was fun to make…

The assignment details? Simple: Using this post as your inspiration, dig into your intuition and creative impulses and create a fun hybrid character that you can interject or displace into a narrative using your familiar surrounds. Have fun!