A variation of the original image source.

What could, or might happen?
This is a good question that I like to begin with when creating new works. The image here is based on a tiny photographic reference that I found on the street while living in Antwerp, Belgium for a month 2 years ago. It was simply a small ad for pork. When I further examined the details of the image, I noticed that it was an old advertisement from 1964! The ad was written in Flemish as well. From that experience, I became inspired. I wanted to do something with the image. I re-drew the image with my own twist on it. I later blew it up and created a mirror version of the image, hence the two pigs above. After painting the image I decided to make some multiples. I cut a few of them out and pasted them onto canvas’s. I then transferred the image onto a silk screen and made prints. The prints were then cut up and arranged into other works. The image sequence became a theme. In this process, I discovered that I like to work thematically. It had not occurred to me before. When I look back through my archives of works from 2000 onward, I see a consistent pattern of just that. In the image above, I laid these two cut outs down onto the floor of my studio and created this image. I enjoy the wood back round in contrast to the images. Below are a few images from the ongoing series, they are a mixture of hand drawings, paintings, and printed variations. As I reflect more about it, I noticed that the whole experience plays a roll in the creation of the works. I became inspired through the awareness of discovering the image. Even though this was by chance, I do believe that we can induce this upon ourselves. Look through the public domain for image reference, it is endless, and always inspiring. If you are an art educator, this idea could easily be used for 2 dimensional design exercises with thematic design, repetition, variety and visual order. The list goes on, but I think you get the idea. 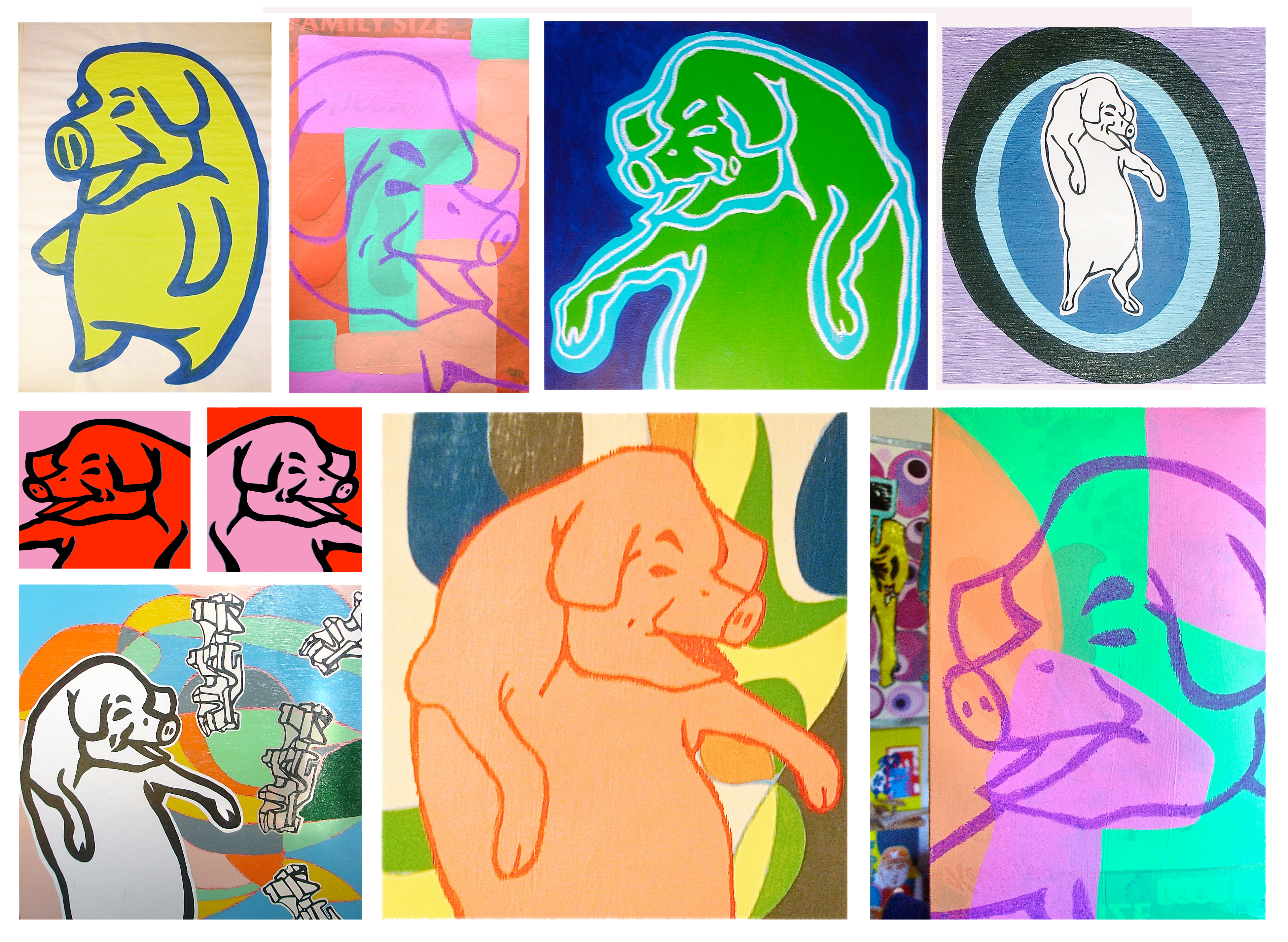 Thematic variations based upon one image.

I create and share a lot! Here you can browse by subject & category! Have a question? Contact me here.

“Natural versus the Synthetic” part2, the abse

September is #DeafAwarenessMonth - How will you be

A new #videoart #collab with the awesome @michelle

Love in the hands •••••• Collaboratio

Happy Deaf Awareness Month! Did you know that Sep

Always love to stop off here for a picture. The al

Natural versus the Synthetic, the absence of prese