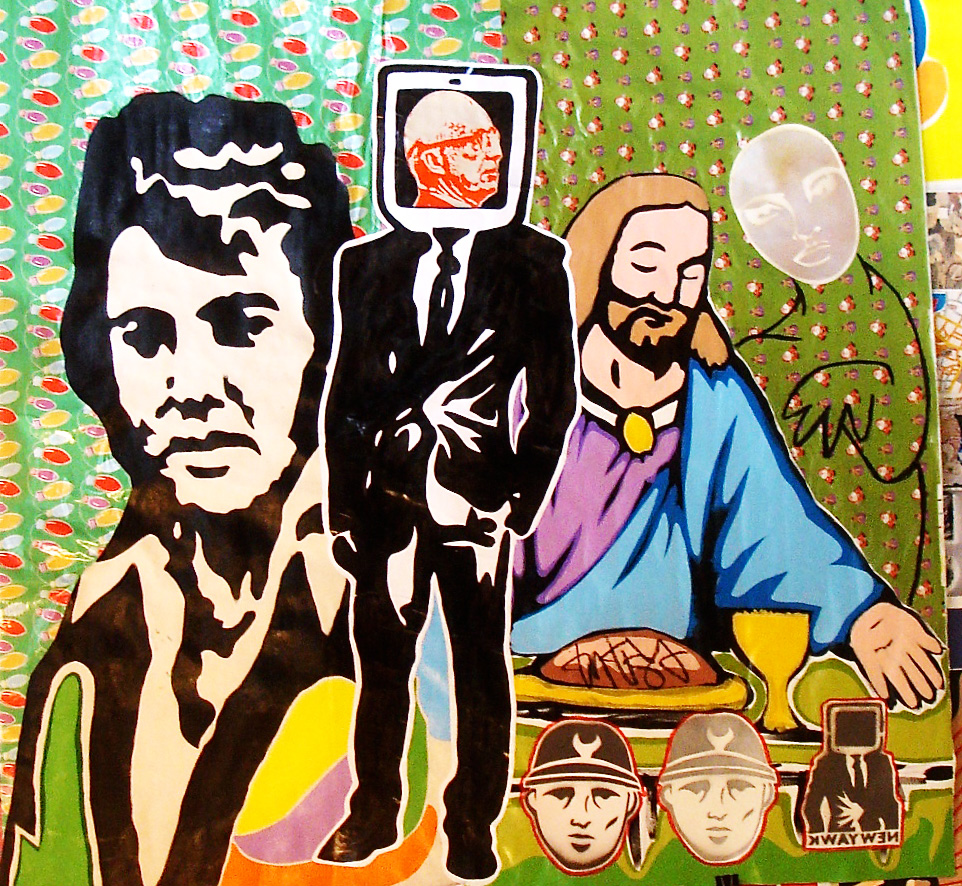 This large piece was started in 2010, never shown, and was later cut up and re-assembled into several other smaller pieces in 2012. I have shown some of them this year in various group shows. Such can be the case when creative immediacy seems to strike. No rhyme, no reason, just an energy. The piece above is complied of several fragments from individual works. Mostly out takes from larger (also un-shown) stencils and screen prints. This variation of Christ was referenced from Warhol’s last supper (his last living series.) It still pokes at me. It’s a huge screen, and Im still unsure what will become of it. The back round consists of left over holiday paper from over 15 years ago. The piece was delicate and hard to handle at its highest point, but stronger down below. The screen prints and stencils were applied onto un-primed canvas, so those parts are heavy and durable. I also applied many layers of clear acrylic gloss to help strengthen the piece as a whole. At one point I was interested in making the piece free stand as a result of the acrylic finish, it worked for the most part, but I soon abandoned the idea. As I reflect back now, I really like the piece, especially as an image in this format that you see. I may re-paint it as a whole on canvas. Thoughts?