“Personalizing the Immediacy of Reality Augmenting”

I love the title of this blog post. You see, I’m a creative advantage taker. Especially of new media technologies and software as tools for art making. I speak a lot about that here on this blog as well making art while being mobile. This case is not any different. Follow me below about this first image, I feel like explaining how the series happened, and how “new artists” are finding themselves via technology. 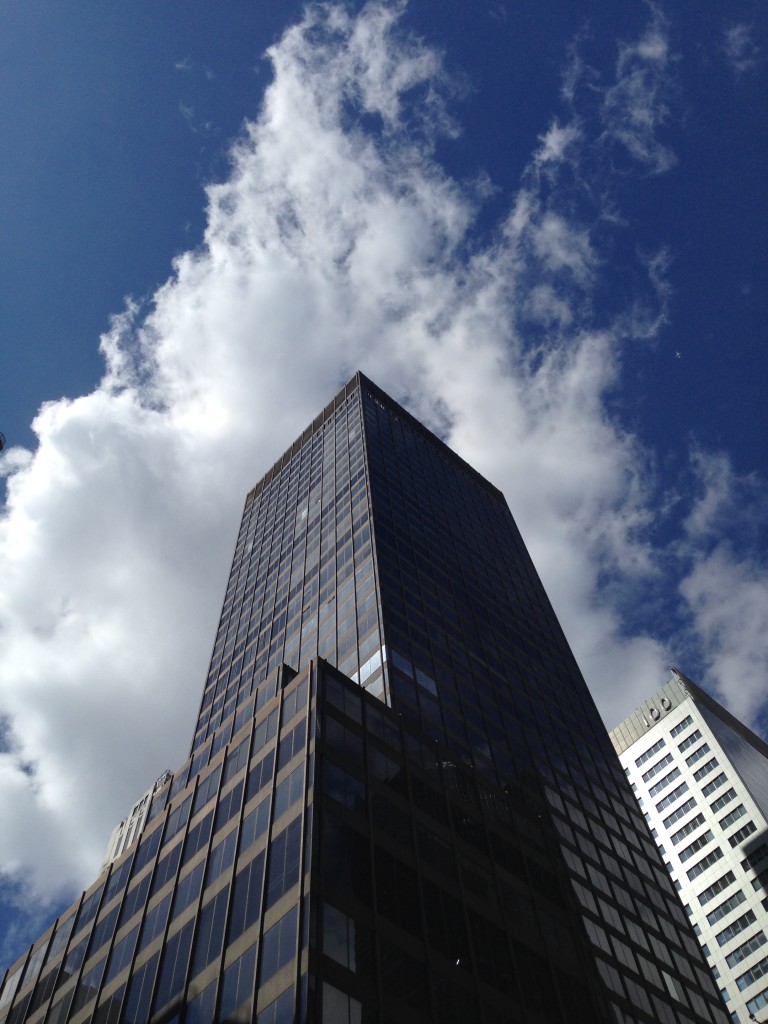 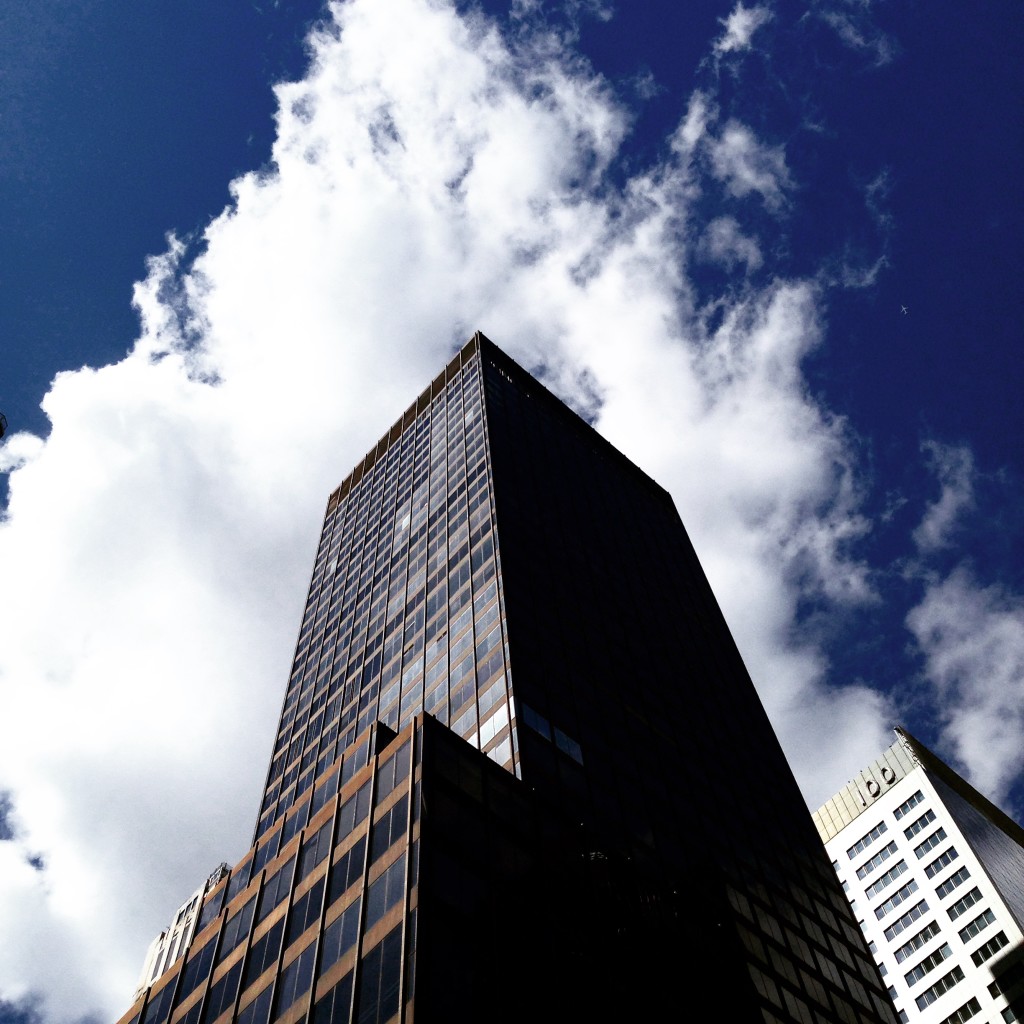 Here’s the scenario, situation & impulse. I was on a stroll down 39th street in NYC on my way to meeting. I was crossing Park avenue a bit too late and I got caught in between traffic lights. As I waited for the traffic to pass I simply looked up. I noticed the skewed perspective and how the light cast a shadow onto the building. I found forms, I found shapes, I found what I like aesthetically. The clouds were moving quickly and I grabbed this shot with my Iphone. I admired the image and tweaked it via my instagram app and posted the image. It was another case of “instant creative immediacy. ” It had been generated and I was satisfied…. seemingly. 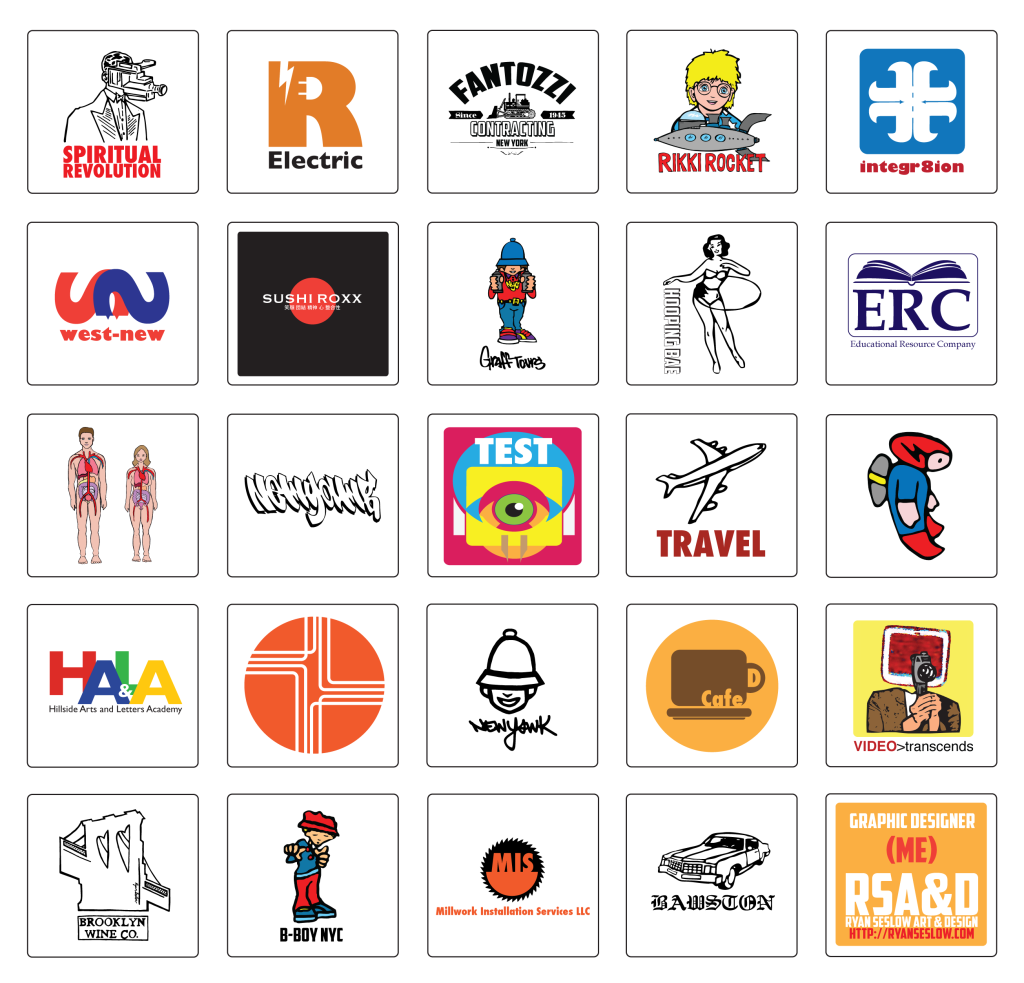 It was a lot of fun to put this image together. I will most likely print a few out as posters. This is a representation of the last few years worth of logo work in various formats and with various contexts. Most of the logos selected are taken from current and newer projects, and some are as old as 6 years ago. I choose from a pool of about 70 images that I would consider to be logos. Maybe you have a different definition for what a logo is though. Some of these designs were started and completed in 4 hours and others took 6 weeks with 20 hours of revisions. Some of the designs have been used for one single purpose and others have multiple applications. What they all have in common is variety and a display of evolution. When I view the work this way it helps me see re-see that. I also see the common threads of styles that I have developed over time as well as the newer ones that have derived out of older skill sets. It also shows me that creativity does not have competition, only endless variety.

“CRIME, A New Tutorial Series from Collage to GIF”

This post and mini tutorial reads in reverse order. I’m posting the animations first to get you hooked, but all of the content here is based on the last image in the post. GIFs #1 & 2 in my new CRIME series have been generated above and below. They are both simple stop motion animations made from rubber stamp print cut-outs and several photo copied variations of other prints. I don’t know about you, but I’m a vintage graphics lover, especially pictorial symbols from the 1950’s, 60’s & 70’s. Simply put, those graphics can be called “flat design” which is a classic transcendent form of creating all kinds of graphic works of art. We sure see a lot of it today in mobil app design, logos and branding. Now a days it is easier than ever to create with software but let me come back to that part later.

“Connecting the Viewer & the Artist at Concrete to Data” 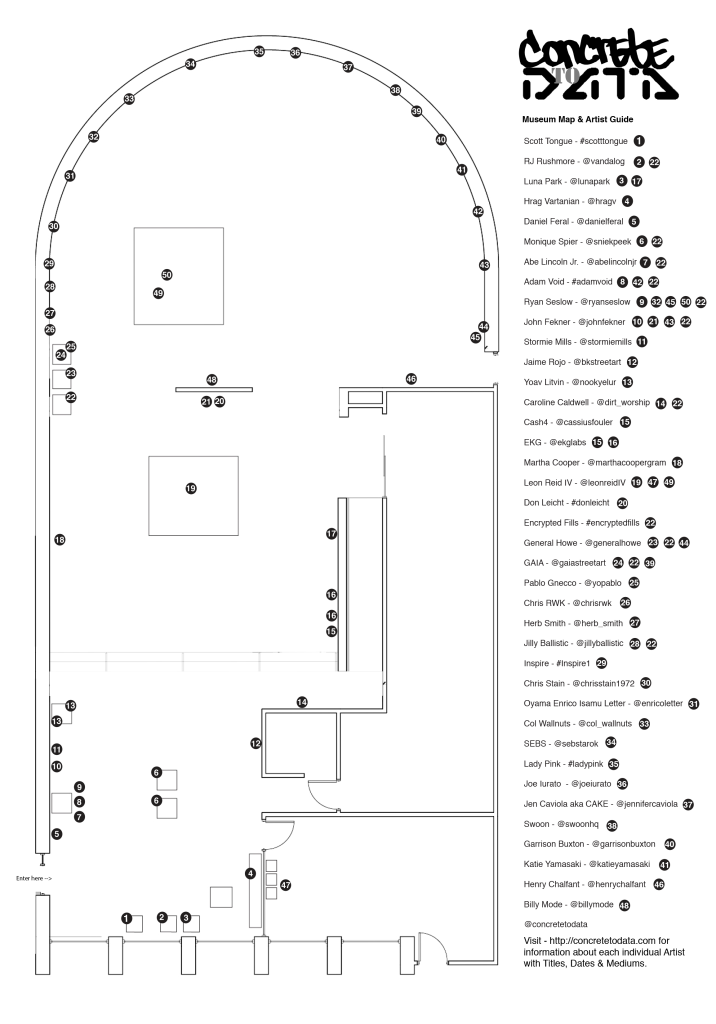 Concrete to Data is currently in full swing. The exhibition has been open for just under 3 weeks. As the curator I am really happy with the exhibition as a whole. In an up and coming post I will share an essay about how the show came together. I want to first explain a micro-test that the show is conducting between the viewer, the art works, the artists in the show and how museums can play a new role in this. Concrete to Data can be accessed physically and virtually. Physically meaning, the viewer can come to the museum space and view the exhibition in a traditional way by walking around and experiencing the works in person “face to face.” Virtually meaning, the viewer can access the Concrete to Data website and explore the artists bios and individual pages, the works of art in the show and the several other engaging features on the site from any internet connection and device connected to the internet. The viewer can also chose to do both simultaneously.

Encrypted Fills is making its debut offline appearance in the Concrete to Data exhibition currently on view at the Steinberg Museum of Art in Brookville NY through March 21st 2015. The collaborative project that launched this past summer was initiated and created by RJ Rushmore and Ryan Seslow.

RJ Rushmore describes Encrypted Fills: “We have been watching for years (and Ryan’s been participating as an artist himself) as people in the street art and graffiti world have turned to experimenting with new mediums like GIFs, video art, and related forms of electronic documentation to express their ideas on digital platforms. Sometimes the aesthetics of the work are nearly indistinguishable from static street pieces, and other times these digital works are hardly recognizable as related to street art or graffiti, but we believe that these new works come from the same place. Artists who have been getting up outdoors are now reaching out to a similar digital public, and it’s opened the door for those artists to reach beyond static images. We are very excited about this development. We want to promote this work and identify it as something particular and distinct from other art being produced in the street art and graffiti communities. We also want to preserve the best examples of it for posterity, lest in the future we think of these works as standard and forget the artistic leaps that were made in the last few years and those that will be made in the years to come.”

Short-link to this page – https://www.ryanseslow.com/dz8Ir